Courtesy © bluefern - Fotolia.com AirBerlin and others may be doomed.

According to a report from the CAPA Center for Aviation, the 13 largest European airlines lost an aggregate net profit of some 72% last year. With costs growing faster than revenues (8.5% versus 8%) it seems clear some of these 13 will founder if things don’t change. 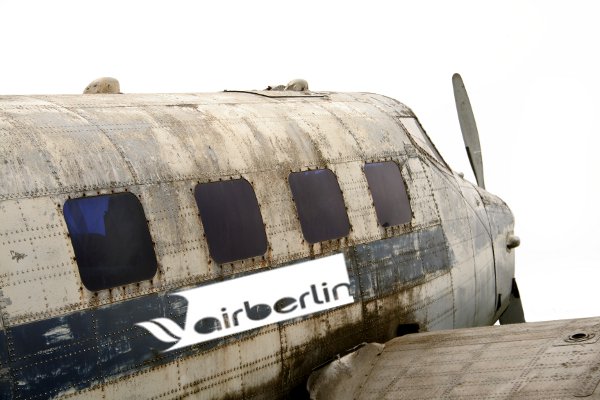 Other than budget giant Ryanair, airlines from Aer Lingus to short haul player Aer Lingus did show some growth. However, Lufthansa, AF-KLM, airBerlin, and especially AirItalia saw margins shrink compared with revenue. And as an even more impacting figure the report showed Ryanair actually carried more passengers than Air France-KLM. The chart below from this report reveals a trend with a fairly obvious endpoint. As Ryanair revenues rise, competitors’ numbers decline. 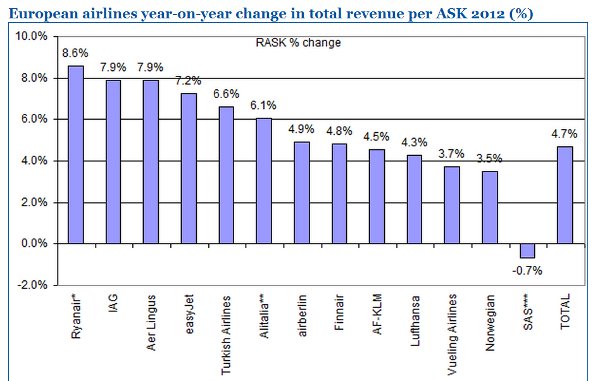 Who will be left standing? - Courtesy CAPA analysis of company financial statements

While Air France-KLM and the other big losers mentioned do not want to hear more gloom and doom, the trend is there. CNN reports the IATA (International Air Transport Association) 2013 predictions for Europe airline profits as a losing proposition again this year. The big question that any financial expert has to be asking (inside our outside these airline businesses) is; “Who can long survive continual loss and increases in cots?” The fate of many European airlines is not so much one of planning for growth and more business, but simply staying alive.

Regulations, red tape, fuel costs, all the underlying causes of Europe air carrier woes really matter less at this point than the clear operational efficiency companies like Ryanair exhibit. All variables (fuel or otherwise) being shared, clearly some airlines just don’t make the grade where serving their stockholders is concerned. This kind of tough rhetoric may not be friendly, but the truth of much world and especially European business is inefficiency and waste.

To conclude, even legendary efficiency brand Lufthansa seems mired in a downward spiraling flight pattern to downsizing or worse. The recent strike issues have forced the airline to cancel hundreds of flights, and let’s face it – airplanes on the ground don’t make money. The situation in Europe is very bad for big airlines in particular, but smaller operators are not immune to the trend. Good news from carriers such as Estonia Air is these days just news of sinking slower – the latest report on their revenues being “only” losing something like €38 million instead of twice that.

The coming trend will likely be news similar to the Czech government unloading controlling interests of national carriers like Czech Airlines to airlines or entities that actually have money, like Korean Air. Stay tuned, we’re hoping for any good travel news in Europe any day now. To lighten up this news I am reminded of a Ron White skit that speaks of airline budgets and cutbacks.

The WWF Warns Us the Mediterranean Is Becoming Tropical Sea
Europe’s Second Lockdown Already Crushing Stays
Will the Coronavirus Pandemic End the EU Experiment?
Four Balkans Countries Will Bid for 2030 World Cup
Previous: Charles Bridge Economic Hostel is “Just That” in Prague
Next: Amazing Greece and Travelers There Too