News from Croatian Prime Minister Zoran Milanovic’s office last week is good news for fans of rail travel inside and outside Croatia. According to the official news the port of Rijeka will possess state-of-the-art facilities connecting the Croatian Adriatic with all of Central Europe. 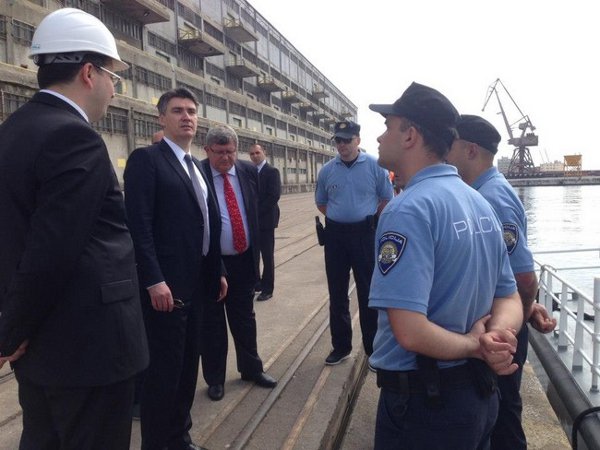 Proclaiming Croatia is to have a modern railway (from Rijeka) to the Hungarian border and beyond, Milanovic told onlookers at the seaport of Rijeka:

“Now being at the threshold of the European Union membership, we are finally starting to transform Rijeka into what it should be.”

The Prime Minister went on to discuss Croatia’s economy and other points of interest, but the dedication of two large cranes at the seaport seemed to galvanize his message. Croatia, unlike many of its neighbors, has advanced by leaps and bounds in such areas as tourism and infrastructure improvements.

The Port of Rijeka has a great deal of potential that has as of yet been unmet. Milanovic pledged to invest more in resources and focus onto the Adriatic port in the coming months and years.