The Croatian Christmas is celebrated on December 25th and preparations for this blessed holiday begin with the Advent. The Christmas season ends with the Epiphany on January 6.

Croatians are mainly Catholics, and many of their traditions are rooted in their religious beliefs. At Christmas, it is still common for many families to lay some straw on the floors in their homes, while others lay straw under their tablecloth at Christmas Eve dinner. The purpose of the straw on the floor is explained by the belief that baby Jesus was born in a stall and placed in a manger on hay to rest.

Croatian folk believe that if a man sits first on the straws on Christmas Eve, most animals born in the year to come will be female. Superstition aside, laying straw in homes is still customary in many Croatian homes.

Another tradition specific to the Croatian Christmas is the bowl of green wheat, which symbolizes the “new bread.” Wheat seeds are planted by females on the feast day of St. Lucia (December 13) and are expected to sprout and grow about 8 inches high by Christmas Eve when they are usually tied with ribbons in the national colors of the Croatian flags and placed under the Christmas tree. In some homes, a candle is placed in the middle of the wheat as a symbol for the souls of the people. The folk believes that if the wheat is tall and dense, a prosperous year will follow. Although many people prefer to grow the wheat in homes, Christmas wheat is today also sold by florists and at Christmas markets. 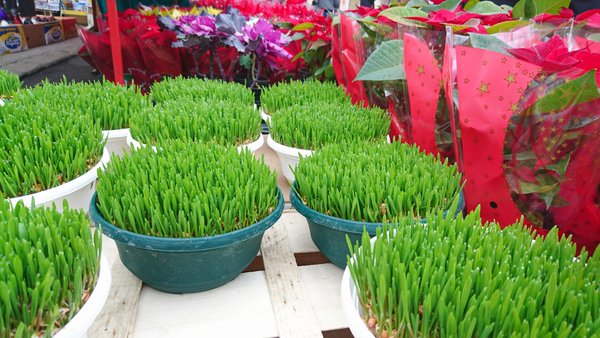 Licitars are also a common symbol of the Croatian Christmas and a symbol of the city of Zagreb. Traditionally, the heart-shaped treats are made in-house, but today you can find them anytime in souvenir shops, at Christmas markets, in bakeries, and so on. Many families decorate Christmas trees with licitars.

Odd Christmas Traditions Around the World
The Connectedness of Beauty: A Secret of Crete Few People Know
Visit Greece – The Nation That Put the Elderly Last In A Crisis
Metaxa Hospitality Group Fumbles Sustainable Hospitality Message
Previous: Tajikistan Set to Break Out for Tourists
Next: Paphos to Be the Stage for Candlelit Christmas Carols