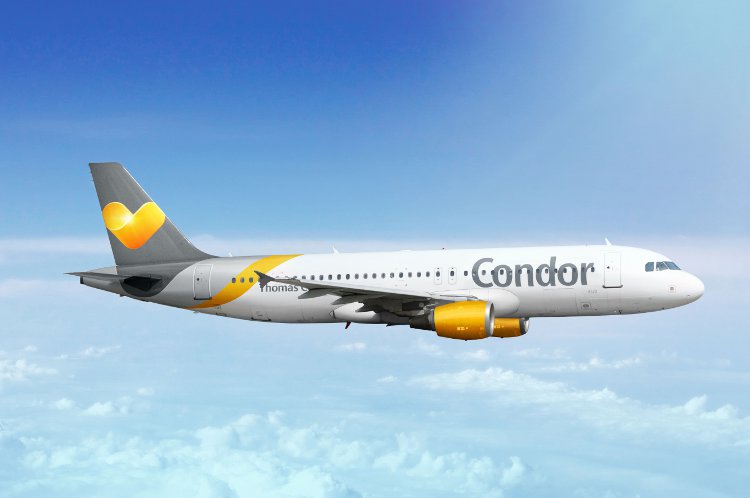 Frankfurt am Main, 2 May 2014 – In the survey “Mit gutem Gewissen” by Focus and Focus Money, Condor is awareded as sustainable airline. In the survey, a representative panel of consumers rated a total of 17 airlines according to their economic, ecological and social responsibility. Condor received the gold seal.

“Sustainability is something that is very dear to the hearts of us here at Condor, ecologically, socially and economically,” said Ralf Teckentrup, Managing Director of Condor. “Our aircraft use less than three litres per passenger per 100 kilometres, and are all fitted with fuel-saving winglets or sharklets. This makes flying much better for the environment than travelling by car.”

Condor is also aware of its responsibility with regard to social commitments: the company founded the ConTribute initiative, and has been following social objectives for a number of years now, including providing aid in the event of natural disasters, and supporting initiatives for children and young adults. In addition to several children’s projects such as orphanages and nursery schools at destinations, the holiday airline is currently supporting Bild hilft e.V. – “Ein Herz für Kinder e.V.” with a fundraising campaign and for which a Boeing 767 was completely made over in the Janosch design, while other aircraft are adorned with “Günter Kastenfrosch” and Tiger Duck in the Condor logo.
Consumers also gave Germany’s most popular airline a very good rating for its economic standards.

“As the second biggest airline at Frankfurt airport and one of the most appealing employers in the aviation industry, Condor offers numerous employees an attractive perspective. With new destinations and additional aircraft all over Germany, we are also providing jobs,” he continued.

The latest engine technology and improved aerodynamics reduce fuel consumption, and thus also the level of emissions, and improve noise protection. The aircraft are fitted with sharklets on the wing tips that not only reduce fuel consumption, but also improve fuel efficiency by up to six percent in comparison with the current Airbus aircraft in the Group airlines’ fleet.

With 16,500 respondents on 1000 brands from a total of 49 industries and product categories, “Mit gutem Gewissen” is the biggest consumer sustainability survey.
Condor Flugdienst GmbH has been flying its passengers to the world’s most beautiful holiday destinations since 1956. On an annual basis, 7 million passengers fly with Condor to around 75 destinations in Europe, Asia, Africa and America. Since 2013, the German airline Condor, is part of the Thomas Cook Group Airlines to which the Thomas Cook Airlines UK, Thomas Cook Airlines Belgium and Thomas Cook Airlines Scandinavia also belong. The fleet of the airlines in the Thomas Cook Group comprises 86 modern and environmentally friendly aircraft, of which 40 aircraft are in the Condor fleet: 12 Airbus A320s, 3 Airbus A321, 13 Boeing 757-300s and 12 Boeing 767-300s. The aircraft are maintained by the airline’s own technical operations. Condor is co-initiator of the four-litre-campaign of the federal association of German aviation (BDL): German aviation consumption of kerosine is less than 4 litres per passenger on 100 kilometres.
Further information can be found here: www.condor.com/Newsroom
Press contact:
Condor Flugdienst GmbH
Johannes Winter
Head of Corporate Communications
Tel.: +49 (0) 6107 939-7804
Fax: +49 (0) 6107 939-7147
E-Mail: kommunikation@condor.com