It’s no secret we’re about being open here at Argo Travel News. At all our news outlets, for the matter. The world needs so called “loose cannons” if we are to get better at everything we do. That said, a really bad public relations move on the part of Polska, Poland’s Official web portal and acting Director Boguslaw Becla befell us and them recently. I say “befell” out of consideration for our friends in Poland, the man is just plain rude.

The hospitality industry is  for the most part, about just that – being hospitable. However, kindness and consideration are not always the case in human dealings. Case in point, an outreach to Mr. Becla to try and offer up even more key news of Poland travel. Basically I asked to be put on their press list, and for an interview of a very positive nature so our readers could learn more from the man ITCM found competent enough to speak about promotion of the Euro 2012 finals.

To make this short, sweet, and as brutal as Mr. Becla’s table manners, the response from the acting director was to criticize and instruct me on exactly where Poland is located. Becla’s first thought to me was to put Poland in Central Europe rather than Eastern Europe. The point of my outreach was to offer a kindness in reality, a service – his response was petty, but then he AGREED  to do the interview (narcissism no doubt, free press and all). 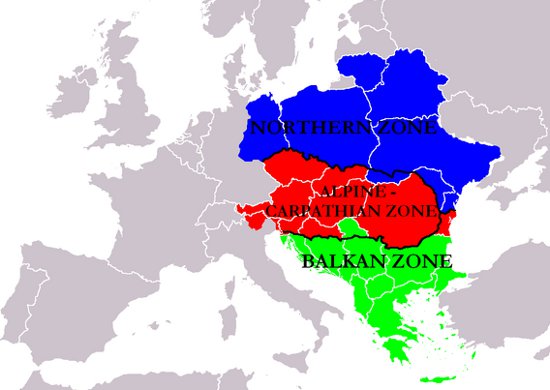 The situation as to where Poland “is” exactly, this is more about opinion than it is fact. Forums are full of conjecture and opinion as to geography. Eastern Europe having a negative connotation because of the former Soviet Bloc and so forth, it’s understandable some are vehement over semantics. There is actually no definitive placement of Poland or some other European countries, when all is said and done. Experts and geographers far smarter than me (yes, I am a geographer) have debated and labeled not only Poland, but all of Europe one thing or another (see map above).

What prompted me to blow the whistle here? Europe is in big trouble, for one thing – the travel bureaus and officials in charge of making things better can ill afford any sort of nastiness. Secondly, a story via The Warsaw Voice with Deputy Sports and Tourism Minister Katarzyna Sobierajska, made me realize there’s often bad eggs in even the best baskets of professionals. Poland’s professionals are often exemplary, ergo my surprise at receiving the “high hat” treatment. A recent Polska initiative left us with a wonderful commercial asking; “How many Poles does it take to get you to visit?” My answer is; “Just one nice one.”

Sorry, but I drafted the questions to Becla, sent them, followed up, and have still not heard back from him. If he was taken hostage by the royal guards there in London, then I’ll apologize. Until then though, I just think such a fabulous people need better ambassadors. And in fairness to Poland, that country is not the only one with big bad wolves for agents.

As for Poland and the country being either Central Europe or East, our reasoning for including the people and the country is actually part and parcel out of our definition of East Europe – and our caring for the people and economies formerly influenced by Soviet Russia. The thing is, “breathtaking Eastern Europe” has been largely unseen by people from the West. And that’s a crying shame. So here we are.

And there too, is the reason Mr. Becla’s rudeness is a crying shame too. What is his job, after all? I leave the reader with a quote from the interview mentioned above between Minister Katarzyna Sobierajska, Andrzej Jonasand Andrzej Ratajczyk. When asked about the leval of foreign investment in Polish tourism by companies, the response was:

“Investment by foreign businesses in Poland’s tourism sector has been insignificant..”