Estonia’s capital city Tallinn is older than most people realize, and just like all old cities, it has more than its fair share of secrets. Alongside the distinctly medieval flavor of downtown Tallinn’s streets, stories of ghosts, hidden tunnels and buried treasures add to its air of mystery. 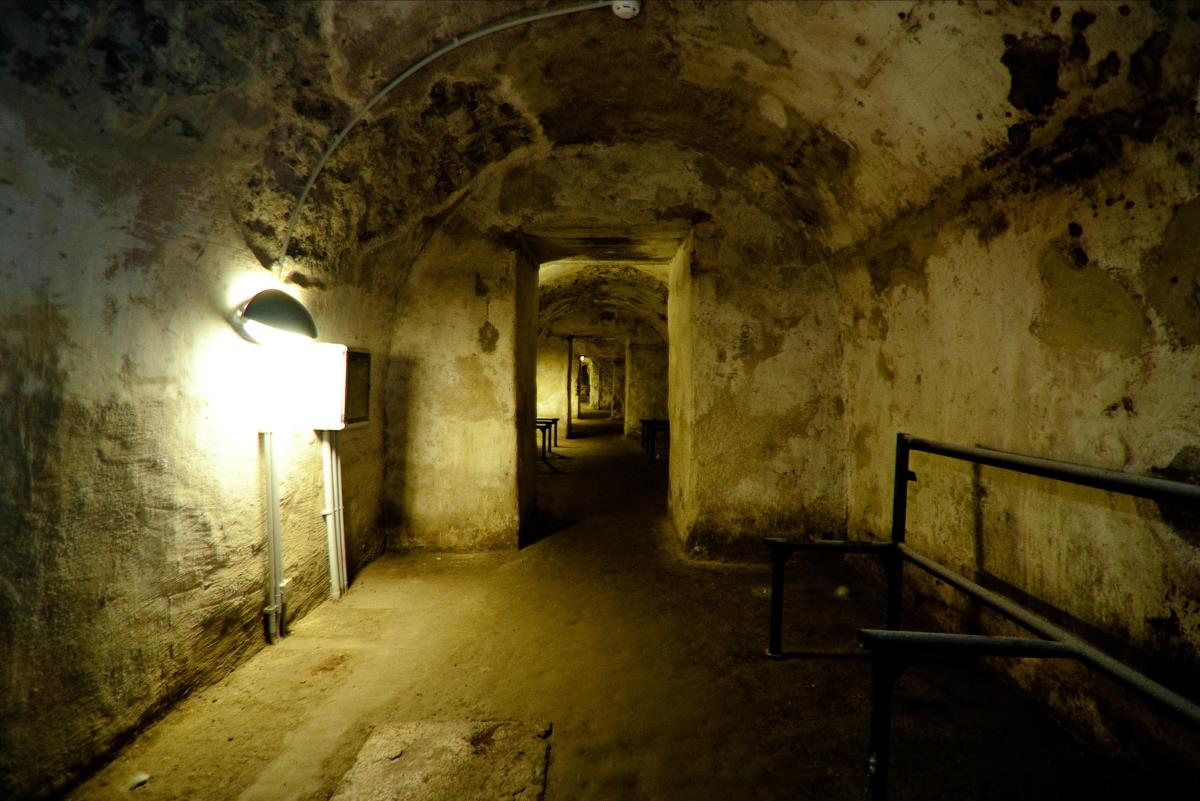 Not so long ago though, Tallinn finally revealed one of its biggest secrets with the opening up of the Bastion Tunnels, a secret network of underground corridors built in the 1670’s by Estonia’s then Swedish rulers, which run under the ancient earthen bastions that once protected the city. The Swedes built the bastions in order to bolster the city’s defences, deeming its old city walls insufficient to protect against modern artillery weapons. The secret tunnels were dug out to allow for the rapid movement of troops from one part of the bastions to another.

After being used for a short time, the Bastion Tunnels were soon abandoned to the spiders and the rats. But while they may have been abandoned, they were definitely not forgotten – its entrances have always remained visible, yet few ever ventured into them, in spite of persistent rumours of buried treasure lurking somewhere within their depths. 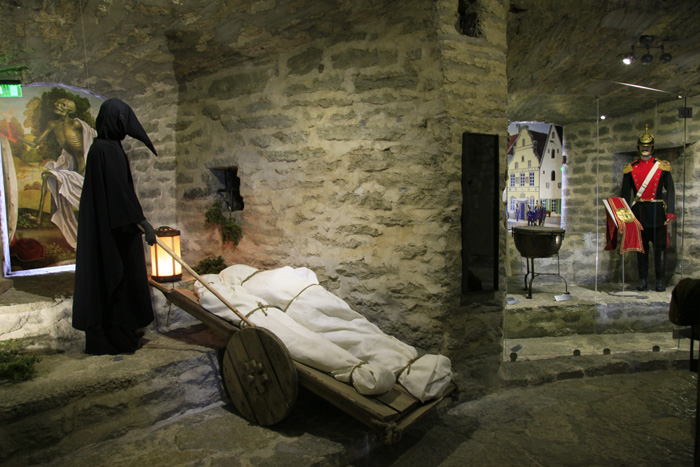 Skip forward to the twentieth century, and the tunnels were given a new lease of life as the prospect of war loomed large in the 1930s. Estonia was fully aware that it was a target of the Soviet Union, and so the government reopened the tunnels to serve as air raid shelters during the war. Unfortunately, Estonia could put up little defence against the communist’s advance, and the country was quickly occupied by the Russians in 1940, only for Nazi Germany to boot the invaders out within the year. Sadly for Estonia’s traumatized citizenry, the Nazis were anything but the liberating force they had hoped for, and the occupation – already harsh under the Soviets – quickly took a more savage turn. 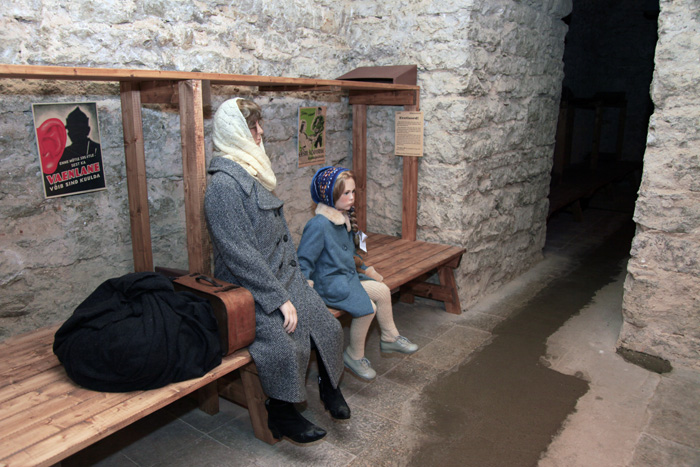 As a result, the partisans that had previously used the tunnels as a base to stage attacks on the Soviets soon turned on the Nazis. Today, a large section of the Bastion Tunnels has been renovated to commemorate the WWII era, with frightened-looking dummies wearing traditional clothing from the times and vintage posters informing people what to do during an air raid.

Following the end of the war, Estonia was once again occupied by the Soviets, and would remain so until 1991. And once again, the Bastion Tunnels assumed the role of bomb shelter, this time only to be used as an emergency shelter in the event of nuclear war. The tunnels were kitted out with specialist equipment like radiation suits, air circulation machines and radios, and much of this has been left in place today. 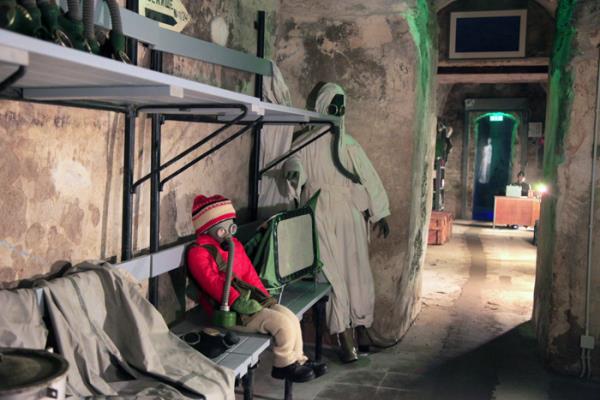 Eventually, the Soviets gave up on the idea of using the tunnels to shelter from nuclear fallout, reasoning that the 17th century structures probably wouldn’t put up too much resistance against modern weapons anyway. The tunnels once again become the sole domain of the spiders and the rats, until the arrival of the 1980s and the punk scene hit Estonia. Punk was, of course, banned by the communists, and so the movement went underground quite literally, with teenagers taking to the tunnels to hang out, throw wild parties, take drugs, get drunk and spray paint the walls in an “up yours” to those in authority. 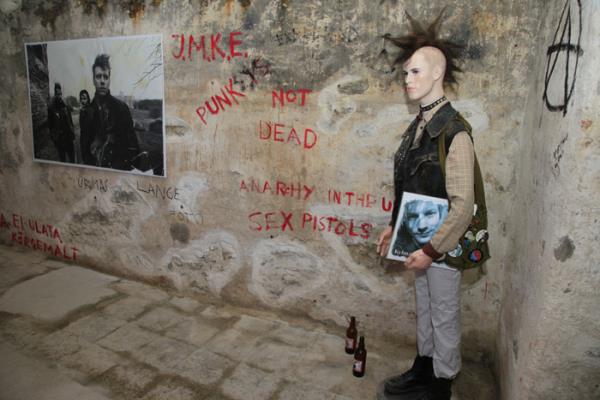 With Estonia gaining its independence in the early 1990s, the punks could finally emerge into the daylight, vacating the tunnels for a new section of society that barely existed during the Soviet era – the homeless. Tallinn’s homeless population increased rapidly as capitalism brought mass unemployment to the country, and many took to the tunnels to survive the city’s harsh winters, remaining there until the mid 2000s when authorities decided to kick them out and make a tourist attraction of them.

The Bastion Tunnels are one of Tallinn’s most curious and exciting attractions, and what’s more they’re relatively unknown to visiting tourists. They can be accessed by way of the Kiek in de Kök Tower, one of the largest bastions in Tallinn’s Old Town, which now serves as a museum.