Here’s Why Banská Bystrica Should Be on Your Bucket List

To say that the heart of Banská Bystrica looks German is an understatement – but then, sure it reminds of Germany because this Slovakian town was founded by German settlers. It also reminds me of Arad in Romania, and I can think of several other cities with similar architecture to put on my bucket list. But architecture, as charming as it is, is not enough to recommend Banská Bystrica for your bucket list. Here are five other reasons why you should consider this Slovakian destination this year.

Visit the Literary and Music Museum (Literárne a hudobné múzeum) at the State Scientific Library – a true palace of culture and the successor of the Municipal Public Library. It is an attraction for all ages, noteworthy for its programs aimed to mold the younger minds: puppet theater, origami workshops, guided tours, fairy tale readings, music classes, and more.

Banská Bystrica was the center of the anti-Nazi opposition in Slovakia and the local Museum of the Slovak National Uprising is a reflection of the not-too-distant-past. One of the largest anti-Nazi resistance fights on the continent started here in August 1944. The insurgents resisted till October the same year when the Nazis took over the city. Banská Bystrica was liberated by Soviet and Romanian troops at the end of March 1945. Visit the Museum of the Slovak National Uprising to learn about these events. The building housing the museum was completed in 1969 and was designed by architect Dušan Kuzma. 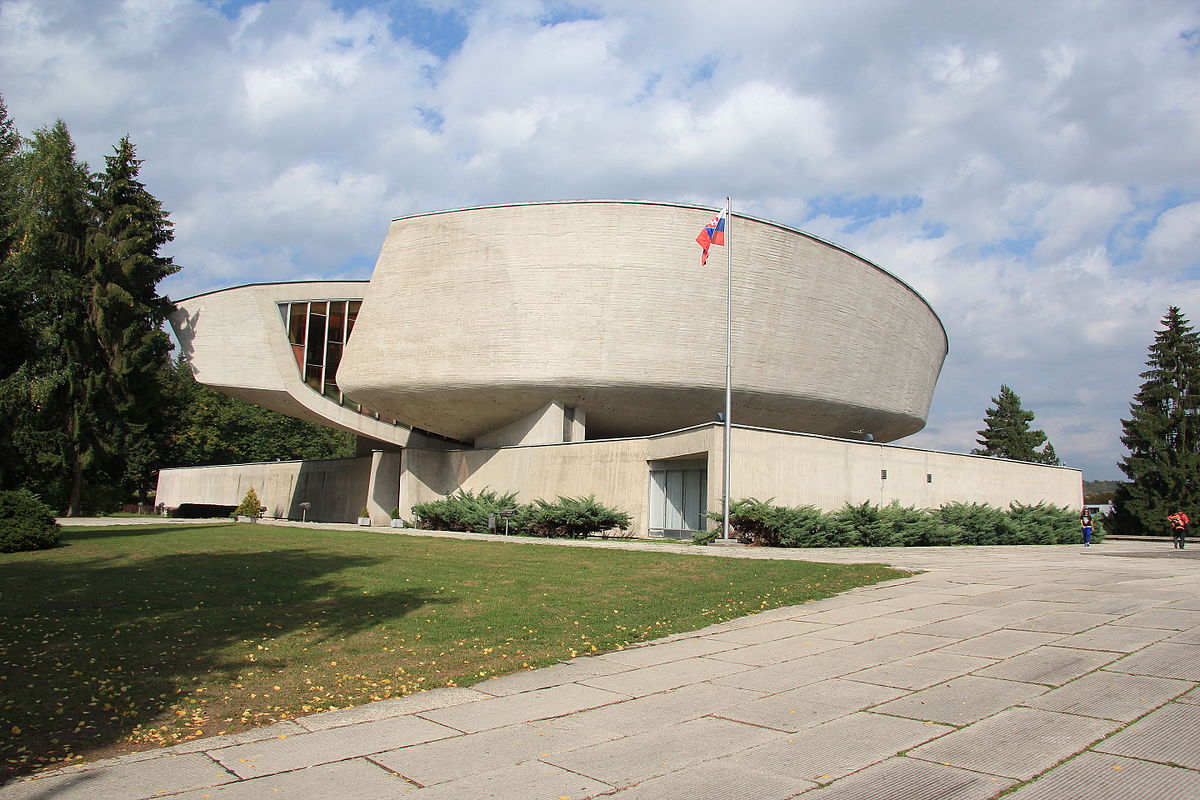 You can also visit the Harmanecká Cave, which is located about 16 km drive from Banská Bystrica on the northern side of the Kotolnica massif in the Staré Hory. Also known as the White Cave, it is open to the public, and the tour lasts about one hour. However, only 720 m of its 2,700 m of underground passages are open to the public.

The “leaning tower of Banská Bystrica” in the central square of the city is a clock tower built in 1552. It is the most photographed landmark of the Námestie SNP square, and one of the dominating features forming the outline of the historical center of the town. Climb its wooden staircase to the top for stunning views of the city. The city is also interesting for architecture tours, particularly for its burghers’ residences.

Leaning Tower in Banská Bystrica by

If you are in Banská Bystrica, you should also visit the Arboretum Borová Hora, which is managed by the Technical University in Zvolen. It is a protected natural area, with a fantastic rose garden – the largest and most important in the country. The rosarium contains about 840 varieties and the best time to visit it is during the Days of the Roses in June. If you are in the area in May you can see many rhododendrons and azaleas in bloom in the arboretum.

Stay at Kongres Hotel DIXON. It is located close to the historic city center and offers wellness facilities, tennis and squash courts, billiards and bowling lanes, beach area with volleyball playgrounds, mini-golf, and a swimming lake, in addition to luxury accommodation, and a restaurant serving international fare. The center of the city offers many other interesting dining opportunities.