AEGEAN airlines has announced the company’s summer network for 2015 at a press conference attended by Greece’s Minister of Tourism, Olga Kefalogiani (as below from Heraklion), and Crete’s Governor, Mr. Stavros Arnaoutakis . 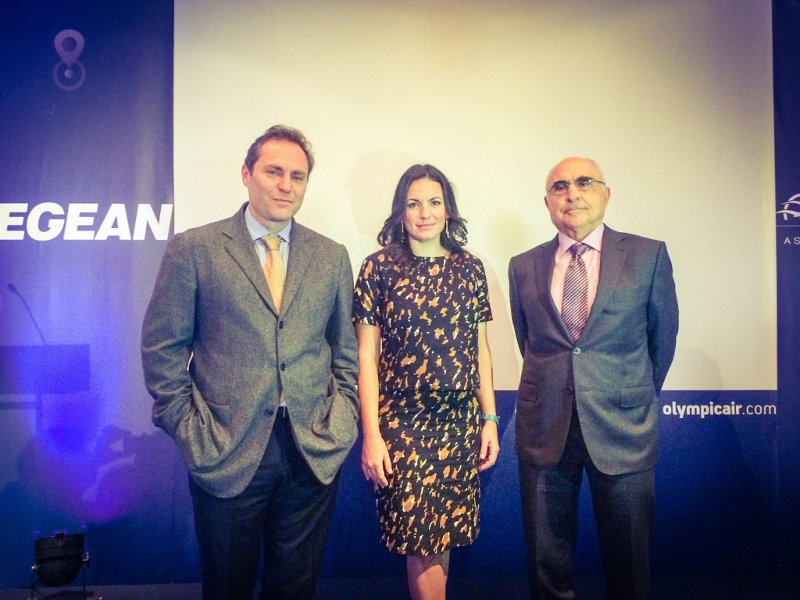 AEGEAN’s new timetable offers a network of some 134 destinations, with 15,000,000 available seats, 2 million more than for 2014. In all, 10 new countries and 16 international destinations have been added by the airline. Netherlands, Malta, Kuwait, Finland, Estonia, Norway, Iran, Armenia, and Croatia reveal a Greek airline expanding an already impressive regional footprint. Of course AEGEAN’s current network is also enhanced with increased flights and services. As an example, Heraklion, where the Press Conference took place, will see direct flights to 44 international destinations in 21 countries, thus continuing the systematic development and support policy for this area.

During the Press Conference, Mr. Eftichios Vassilakis, Vice-Chairman of AEGEAN, had this to add:

“2015 is a milestone year for AEGEAN. We are investing in new aircraft, a new network of 134 destinations, offering 15 million seats. We proceed with a strong enforcement of the Athens hub, while we also support regional growth with increased flights from our regional bases. We resume and boost the policy to support small islands, whose results in 2014 were impressive, in order to highlight the multiple aspects of the Greek tourist product.”