One of Europe’s and the world’s most interesting regions, the countries that surround the Black Sea hold many of humankind’s most extraordinary historic and architectural treasures. 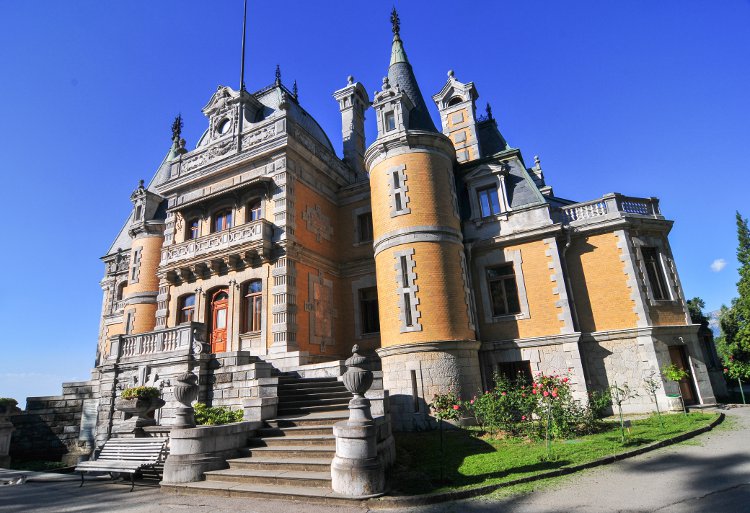 Architecturally, the region is dotted with Roman, Greek, Ottoman, Byzantine, and neo-classic examples of our finest constructs. From the Crimea to Romania, down to Bulgaria, then to Turkey and Georgia, many largely underestimated wonders await new travelers. Here are but a very few magical ones.

A Romanian masterpiece sits on the Black Sea at Constanta, a ruin of its former glory. The casino, a wonderful Art Nouveau relic of the turn of the 20th century, was once the symbol of the city’s might and modernity. Today ghosts of long passed galas stare out at the sea from shattered windows, the place only echoes the court talk of Romania’s King Carol the 1st now. 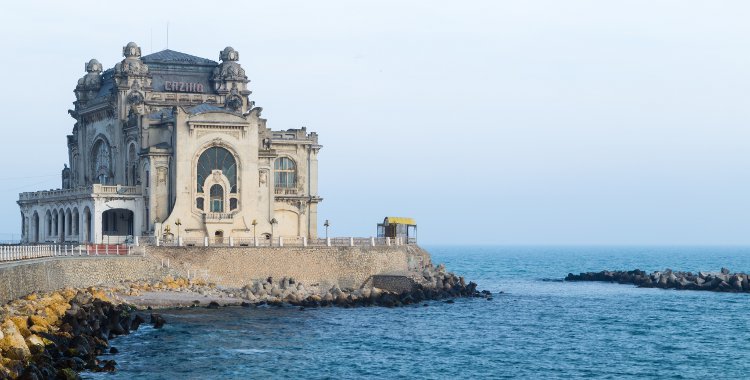 Inaugurated in 1910, is a wonder of marine inspired decoration inside and out. The surreal shell windows that face the Black Sea being the most notable. Where once rich tourists and gamblers trod, today only dreamy tourists and a few locals bask in the nostalgia of this Romanian marvel. Local government’s battle back and forth with the central Romanian authorities have left this and other great Romanian treasures to decay, a sad epitaph for some of the world’s most magnificent works of architecture.  Too expensive to maintain after the fall of the Soviet Union, Constanta Casino has seen its ups and downs from hospital in WW II, to the aforementioned showplace of Romania’s golden coast.

Not far from Yalta, on the Crimea peninsula, Massandra Palace (Масандра) was built in 1881 for Russian TsarAlexander III. Designed by French architect Bouchard, originally as a hunting lodge, the picturesque palace project was taken over by the Romanov family. Alexander III lived at the palace for two years, then his son, Tsar Nicholas II left the estate. Later, after WW II, the palace became a state dacha, and in 1990 the monument was given to the people as a museum. 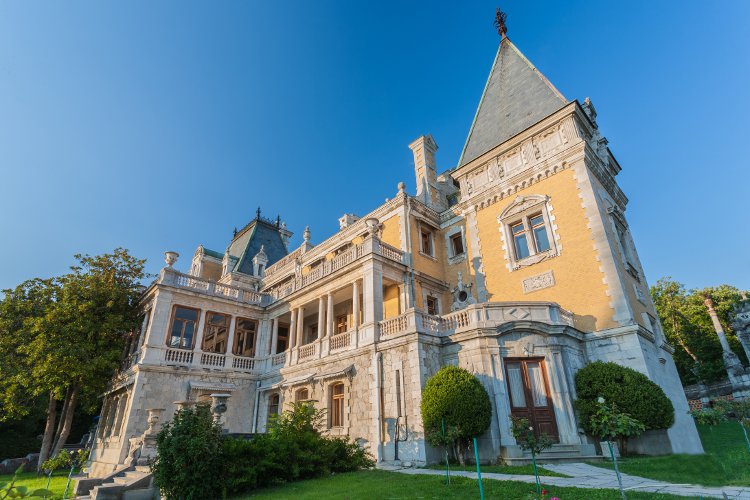 The lovely Gothic Revival-Rococo and Neo-Romanesque style of the palace makes it very distinctive among other nearby examples from the period. Some interesting points of the palace include; the Massandra Palace Park, and the Massandra Winery, as well as a wine tasting ceremony at the Massandra Wine-Tasting Hall, that’s always appealing. Not many realize, Crimea has some extraordinary local wines. The unusually homey character of this palace also sets it apart from its contemporaries. Rooms here are small and cozy, comparatively, obviously suited to the original purpose of a lodge.

Situated on the Black Sea at Balchik, this extraordinary building is also known as the Quiet Nest Palace. Built in between 1926 and 1937, the palace was to suit the needs of Queen Marie of Romania. The grounds consist of residential villas, a wine cellar, a smoking hall, power station, monastery, a holy spring, chapel, and a wonderful state run botanical garden in addition to the main building. 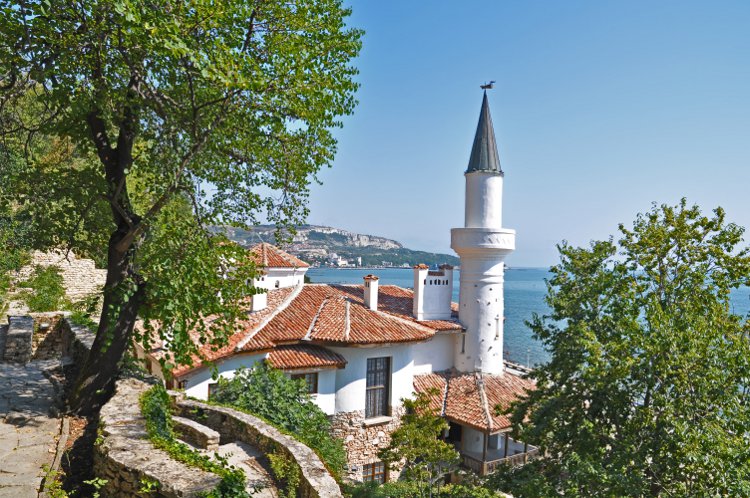 Visitors usually admire the combination of Balkan and Oriental elements used in the construction of the palace. Italian architects Augustino and Americo were employed to transform the site into a wonderland for King Ferdinand I’s queen. Today it’s the botanical gardens that draw the most attention, as picnickers and tourist frequent the solace from the outside world, as well as the idealistic location.

Built during Roman times, Amasra Castle’s walls were constructed by the Bytantines. The castle, like so many others, show elements of Byzantium, Roman, and Genoese influences. Located on a narrow peninsula, the Castle has a narrow tunnel running to a fresh water pool that makes the place even more unique.

The impressive original walls and some other relics survive to this day including a 9th-century Byzantine Church Mosque. With it’s commanding view of the harbor, and imposing masonry, the UNESCO site is truly the heart of this beautiful city. Exploring the place, climbing the cut rock steps, one gets a sense of the glory days of this place. Though all the Ottoman and empirical treasures of the place have been plundered in successive generations, the magnificence of the times can still be felt here.

The second largest church in Georgia, to this day, this magnificent cathedral was built in the 11th century, by Georgian architect Arsukisdze. The religious site, however, dates back even farther to the 4th century AD. Svetitskhoveli, known as the burial site of Christ’s mantle, is also a UNESCO listed treasure, and the image shows why. 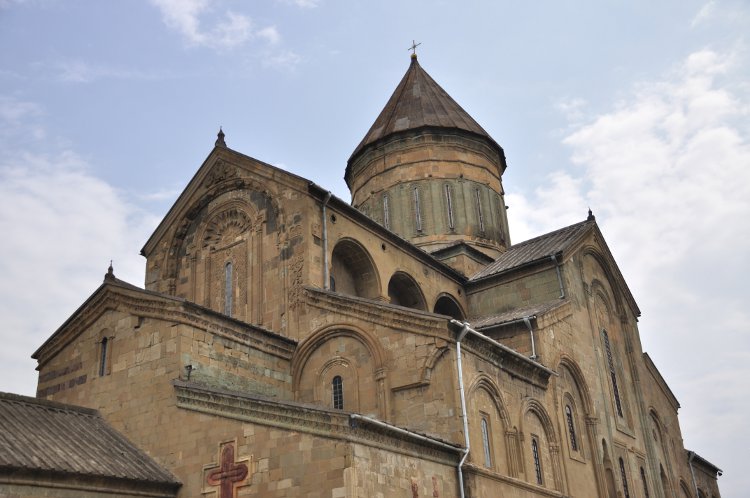 According to the story, St. Nino chose the location of the cathedral at the confluence of the Mtkvari (Kura) and Aragvi rivers. The legend goes on to tell of a Jew who was present at Jesus’ crucifixion, bringing his robe to the his birthplace. The legend goes on to tell of his sister Sidonia, who upon touching the robe immediately died from the emotions of touching Christ’s garment, and how the robe could not physically be removed from here. She was accordingly buried along with the garment. An inscription in the cathedral reads:

“This holy church was built by the hand of Thy wretched servant, Arsukidze.
May your soul rest in peace, O Master.”