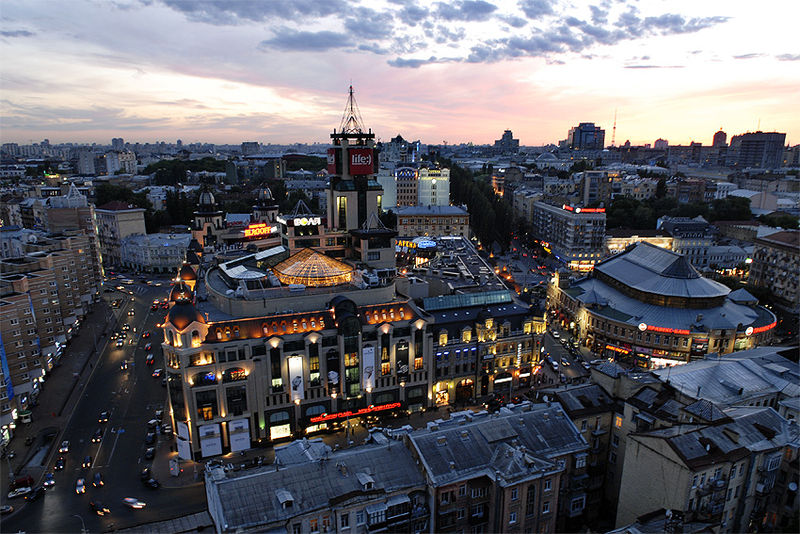 The Southern Ukrainian Crimea was the first mentions in the 20 Must-See Places put together for 2013 by National Geographic. “The Crimean Peninsula, with its voluptuously curved Black Sea coast of sparkling cliffs, is paradise – with Riviera-grade vistas but without Riviera prices,” the magazine editors explained their choice.

Furthermore, TripAdvisor included Kiev in the top destinations list for next year, their signature Travelers’ Choice 2012. “Having survived the Mongol Empire, WWII, Chernobyl, and Soviet rule, Kyiv is the proud capital of the Ukraine,” is how the magazine depicted this wonderful city.

Another exciting mention was the inclusion of Ukraine in Globe Spots’ Top Countries to Visit in 2013, along with three separate mentions from Lonely Planet – Lviv was number two in their 6 Weekend Breaks in Europe list, Chernobyl Reactor #4, bearing testament to the world’s biggest nuclear disaster from 1986, was number 8 in their Spookiest Buildings Around the World list, and the Salt Tunnels of Solotvyno made it into the World’s Saltiest Sights top.

Taleb Rifai, Secretary-General of UNWTO, stated Ukraine had to capitalize on this impressive momentum and better promote its potential to foreign tourists, inviting  the to discover the country’s “mystery – the great city of Kyiv, a wonderful country”. Ukraine’s growing popularity is also fueled by tourists’ increasing preference for independent traveling which enables them to discover authentic and unique experiences, Rifai explained.

Research Claims Americans Plan to Visit Europe Despite Ukraine Conflict
Ukrainians Travel Visa-free to the EU from June
Hike the Snow Mountain: Hoverla in Ukraine Is a Mountaineer’s Dream
Georgia and Ukraine Closer to Visa-free Travel to the EU
Previous: Backpackers Splurge In Turkey
Next: Magdalena Abakanowicz Works On Display in Warsaw