A Village near Trilokinath temple, Lahaul.

Adventure travelers who are not afraid of a challenge will have the greatest time trekking the Himalayas. The range covers dramatic forested gorges, and snow-capped glaciers that will take your breath away. In fact, Himalaya is home to more than 40 million people. Positioned at the southern tip of Asia, the mountain range includes 5 countries: India, Bhutan, Nepal, China, and Pakistan. The Himalayan cuisine in particular, is extremely diversified. If you’re vegan and you want to engage on a 30-day adventure, the following 10 foods are a must-try.

Originally from Nepal (but quite popular in India and Bangladesh, too), this traditional dish is made of cooked lentil soup (dal) and steamed rice. Served with torkari, which is a mix of veggies, dal bhat can also include meat. However, that’s optional. In some regions, it is served with a side portion of pickles. And since we’re in Asia, the dish includes garlic, onions, tomatoes, chili, ginger and tamarind. At the end, local herbs and spices are added such as turmeric, cumin, and coriander.

Another traditional Nepalese type of food is dhindo. It is made with boiling hot water, corn flour, and grains like buckwheat. Very similar to halva, the dish is a main course in many Nepalese regions. Very similar to the Chinese jiaozi and baozi, momo is a type of food that originated in Tibet. It can be cooked with or without meat. Momo is a steamed bun filled with varied ingredients. In Nepal, this food is a delicacy. The vegetarian version includes potatoes, fine chopped cabbage, and chayote, which are used to fill the dumpling (made of white-flower).

Well-known in Central Tibet, tsampa is a staple food type. Made of roaster flour (barley flour) and sometimes with wheat flour, it is also mixed with Tibetan butter tea (salty). Also known as a convenience dish, tsampa is often used by nomads, sherpas, and travelers. Although the conventional type of food is prepared with butter tea, sometimes beer and water can be used instead.

Tibetans have a type of bread of their own, and it is called balep. There are many cooking styles used, as well as various ingredients, but the main recipe is made with all purpose flour, water, and baking powder. The dough is molded into round buns, which are then fried in a pan until they turn brown.

Yomari is a delicacy originally from the Newari community of Nepal. It is cooked with rice flour, and it has an inner content of a sweet substance called chaku. It’s an extremely important dish because of its historical significance. In the Newaa society, yomari is a fundamental component of the Yomari Punhi Festival.

Sel-roti is a type of Nepalese food that doesn’t need an introduction. This unique dish is in fact a type of sweet rice bread that looks like a thin puffed-up doughnut. It has a crispy texture and it tastes quite amazing. Made with grinding soaked rice, sugar, mashed banana, clarified butter, and water, the mix is deep fried in bubbling oil.

If you’re a fan of sour and spicy food, this dish is exactly what you need to get a taste of Nepal. It is made with potatoes, sesame seeds, chili, turmeric, mustard oil, lemon juice, salt, and coriander leaves. Mix all the ingredients except the potatoes (which will be cut in 4 separately and roasted). Pour the sauce over the roasted potatoes and enjoy.

For this delicious meal you need Tibetan noodles (spaghetti), assorted veggies (carrots, cauliflower, potatoes, and green beans), onion, garlic, ginger, spinach and vegetable broth, salt and pepper. The noodles are boiled in water, and the veggies are fried in a pan. Mix everything together, bring to a boil in the veggie broth, add the spices and enjoy. 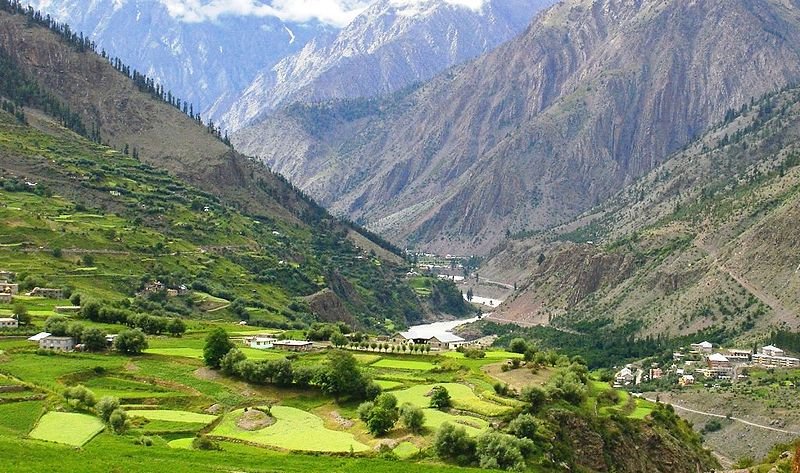 A Village near Trilokinath temple, Lahaul.

For this delicious dish you need eggplant, potatoes, and spices (garlic, ginger, chili, salt, pepper, turmeric, and cilantro). After the eggplant has been stir-fried and seasoned with spices, yoghurt is added, although vegans can skip it.

Are you ready for the most incredible Asian vacation? Luxury Himalayan holidays are not just packed with incredible sights and places of interest, but they also feature delicious Nepali and Tibetan food you’ll adore, even if you’re vegan.