Thomas Cook Group PLC has announced selling their North American operations to Canada firm Red Label Vacations Inc. According to the news, the deal was worth only $5.2 million from the firm that operates travel website www.redtag.ca. 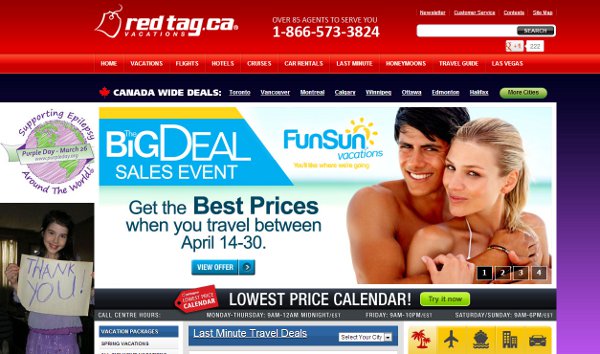 Accordinly, Thomas Cook Canada, and Thomas Cook USA Holdings, Inc., along with tour operations Sunquest and the My Travel plus other TC entities go along for the next ride for one of the world’s most noted travel authorities. Completion of the deal is reportedly taking place late next month, with the winnings slated to be applied to Thomas Cook’s 788 million pounds in debt.

Meanwhile, Thomas Cook Group plc (LON:TCG) shares climbed initially yesterday but were stagnated by still growing fear that Cyprus’ woes will further drag down the EU economy. Earlier this month the announcement the company was to cut some 2500 plus jobs signaled another series of deep reorganization efforts for the company whose boss,  Harriet Green, is desperately trying to revamp. Selling off the various unprofitable brands is, of course, job one for any top exec in such a position. If the cash does not start flowing soon the world’s most famous travel company will be in truly dire straits.