The European Commission has tasked the Baltic countries with reaching an agreement on the organization and structure of the Rail Baltica European standard-gauge railroad project. 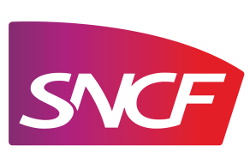 Many people consider the way the French government operates peculiar at times. The idea officials there trying to fit square pegs in round holes took new impetus recently when it was desciovered new trains ordered by French train operator SNCF were actually too “fat” to fit into many train stations. The order, for some 2,000 new trains costing in excess of €15 billion euros, has to be modified, reportedly at a cost of millions.