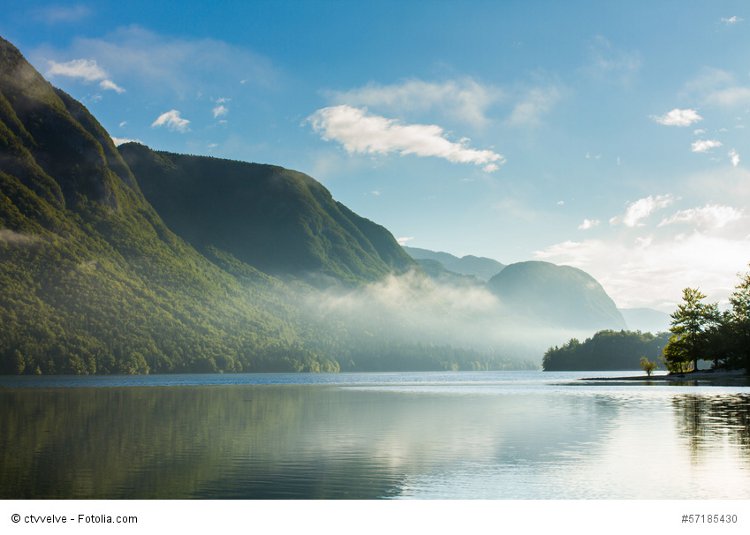 Feel spring in green Slovenia! Not far from Ljubljana, Volčji Potok Arboretum will host an exhibition of over two million tulips between 26 April and 4 May. Moving among the tulips there will be full-size dinosaurs, which have been resurrected here in Slovenia in order for them to soften up among the flowers. This is no April fool hoax, but a colourful, all-Slovenian greeting to spring at the foot of the two-thousanders of the Kamnik-Savinja Alps where a tulip will blossom for every one of the two million Slovenians. All interested tourism media that would like to cover the story about blooming Slovenia are invited to come to the site of the event. For journalists planning to report about the exhibition in Volčji Potok, Kamnik Tourism has prepared an interesting two-day programme that will take place from 2 to 3 May. It includes local culinary pampering and an overnight stay in the highest-lying Slovenian health resort, Snovik Thermal Spa. For further information about the “Nature Press Visit” in Kamnik please contact alenka.hribar@kamnik-tourism.si.

The “Nature Press Visit” is a spring breeze of stories about Slovenia at a time when popular outdoor events come alive along with nature. The largest exhibition of tulips in the country is the 23rd in a row and just as old as Slovenia. This 88-hectare arboretum has the appeal and tradition of the best-known botanical parks in the world. Volčji Potok, situated in the unspoilt Alpine landscape and only a step from the mediaeval town centre of Kamnik, supposedly got its name “Wolf’s Creek” from the wolves that used to howl in packs in the nearby forests. Today the arboretum features more than 3,500 plant species and as many as five lakes . Until 10 June it will open its doors to very special guests, 65 dinosaurs, displayed in the largest exhibition of its kind in Slovenia. The Nature Press Visit also includes a visit toone of the most beautiful 18-hole golf courses in Slovenia located in the midst of a pine forest and offering a view of the mighty Kamnik-Savinja Alps. Slovenia is in the air!

Kamnik is your perfect getaway. So close. Only 10 kilometres away from Ljubljana international airport. Here you will find numerous well-kept hiking and biking trails. The Alpine countryside, the mediaeval town, thermal springs and high-end spas all invite you to relax in the green countryside that Slovenians are so proud of. Rising to over 1,600 metres, Velika planina plateau has the highest-lying mountain pastures in Slovenia and one of the oldest preserved herders’ settlements of that scale in Europe. The roofs of the herdsmen’s huts are covered with pine shingles that extend nearly all the way to the ground. In the summer the herdsmen still drive between 500 and 800 cows to the mountain and they are known to offer visitors a taste of their delicious cheese as well as fresh and sour milk. At the time of your visit in spring the herds will not be grazing on the mountain yet, but you will be able to taste the famous Velika planina cheese known as Trnič in the Repnik and Pri planinskem orlu inns, which boast the best two chefs in Kamnik.

Trnič onto every table, as they say in Kamnik, where they still maintain the tradition of this unique cheese that herdsmen used to give to their sweethearts as proof of their love and faithfulness in autumn after a long time spent on the mountain. This custom dates back to the 19th century. The number of Trnič cheeses was always even – the lumps were decorated with the same ornaments by twos. The herdsmen kept one Trnič for themselves, while their sweethearts sometimes saved the other one for years.

Sleeping in the Tuhinj Valley calms and relaxes a person.Snovik Thermal Spalocated there is committed to sustainable tourism and was the first spa in Slovenia to receive the EU Daisy, a European environmental label. The holistic health centre Naravni zdravilni gaj in Tunjice, on the other hand, is one of the seven identified locations in the world where water has a constant surface tension. The living water with its 75 vital elements has an immense power. Feel it! Welcome among the stories of green Slovenia, in the town of medieval knights and in the Alpine mountains of the herdsmen from Kamnik.