Top 10 Things to See in and around Sinaia

Like most of Romanian cities, Sinaia has a charm of its own and a story worth to be chronicled. With its Swiss mountain-resort flair, tumultuous history and surroundings, Sinaia represents one of the most popular mountain destinations in the country, as well as a precious façade of Romania, breathing royalty through all its time breaches.

Here are some of the major attractions tourists should consider while traveling to Sinaia: 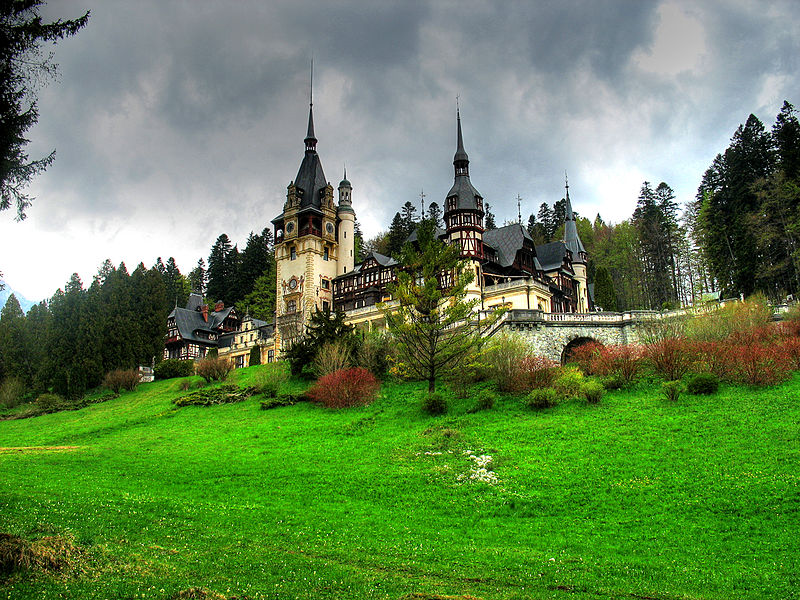 No matter what time of the day you’ll get there, no matter the season or the reason, Peles Castle, located somewhere in the middle of a fairy landscape of Sinaia, is the most impressive local attraction. Never tired to surprise the visitor with its noble charm and marvelous design, the castle was built between 1875 and 1883 by King Carol I of Romania, and was for years the summer residence of Romanian Royalty.

The fusion of architectural styles, from the German Neo-Renaissance exterior to the Italian Renaissance interior, tastefully sprinkled with Baroc, Rococo, Turkish and Hispanic-Moorish elements, made Peles Castle an international masterpiece, the one of its kind in Europe, while its historical importance makes it a national treasure.

If you plan to visit Peles Castle while in Sinaia, you can check the Official Website for additional information. 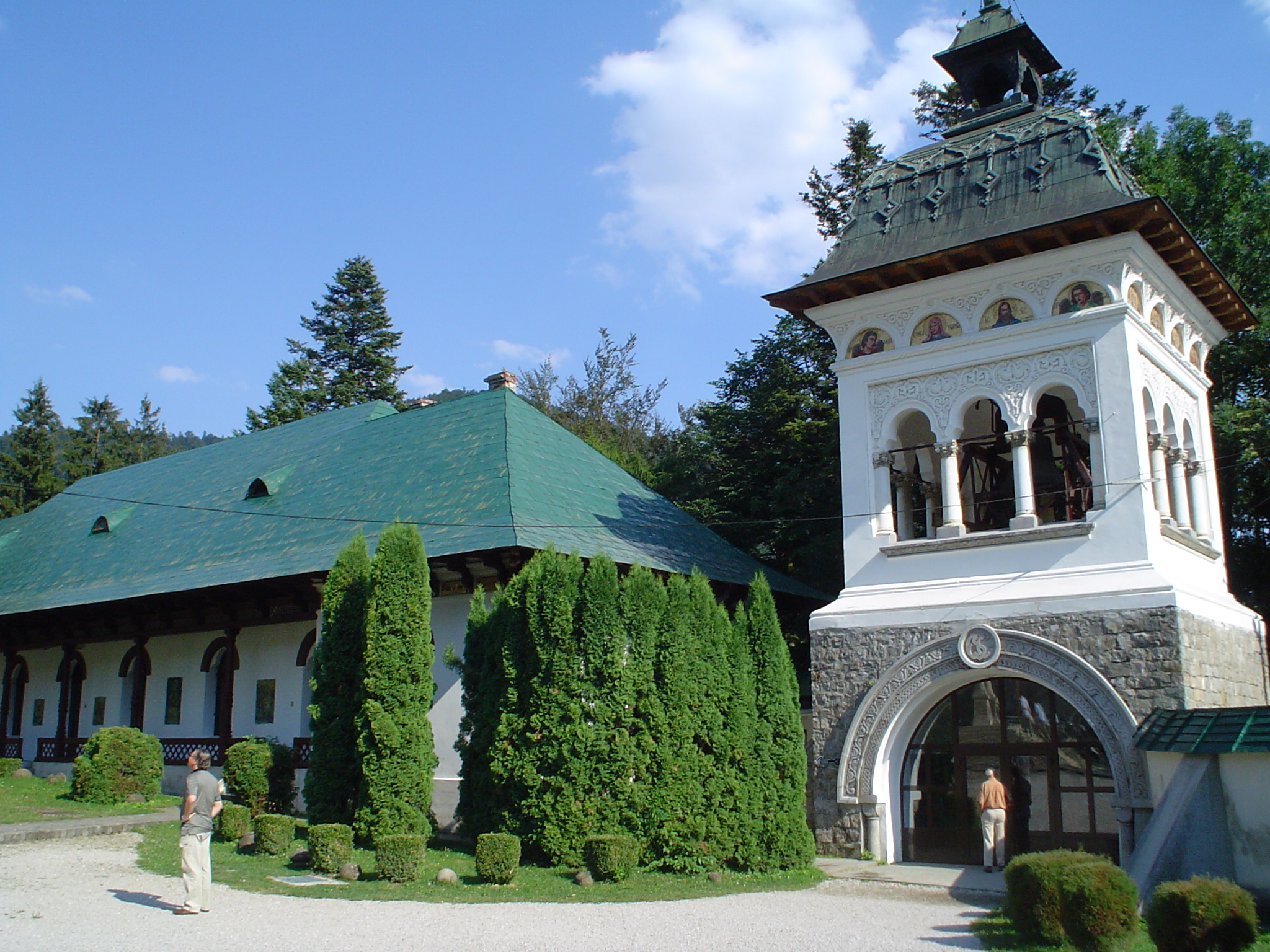 Sinaia Monastery, also called “The Carpathians’ Cathedral,” is a very popular attraction in town, but not many know that the beautiful orthodox monastery was actually the first construction on this land. Build in the 17th century, the church practically embodies Sinaia’s historical identity.

You don’t have to be a religious art enthusiast to appreciate the splendor of the monastery, although it is worth mentioning that here are sheltered several valuable objects, a beautiful museum, with an impressive collection of icons, the first Romanian Bible and much more. 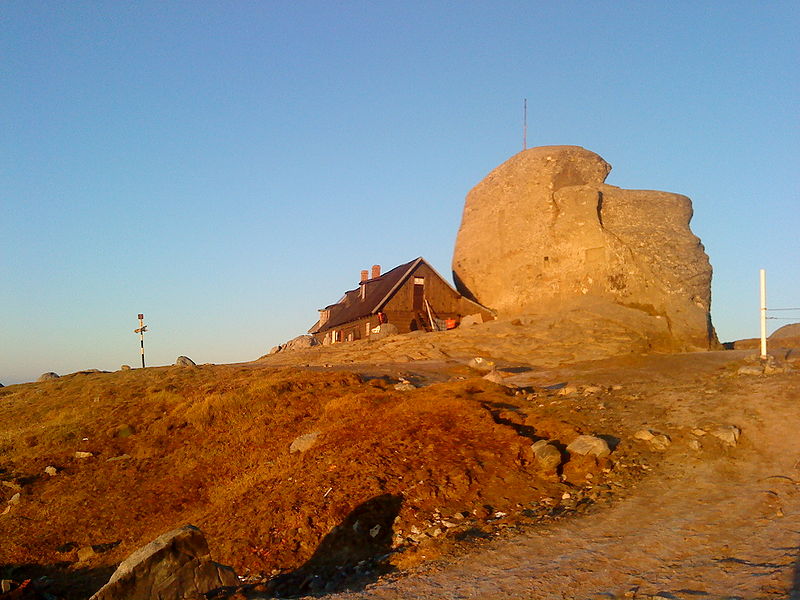 Part of the Southern Carpathians, Bucegi Mountains are famous for their spectacular scenery, accessible routes, wilderness, variety of plants, Omu peak and of course, the Bucegi Plateau, where you’ll find Babele and The Sphinx.

For adventurers, the Omu Peak can be a real challenge, being accessible from Siania through an 8-hour mountain track. But if climbing is not really your forte, you can take the cable car from Busteni, to the peak (2505 m) , where you’ll find the Omu Peak Meteorological Station – the highest inhabited place in Romania, as well as Omu Chalet, offering accommodation and restaurant.

4. The Sphinx and Babele Rock Formations 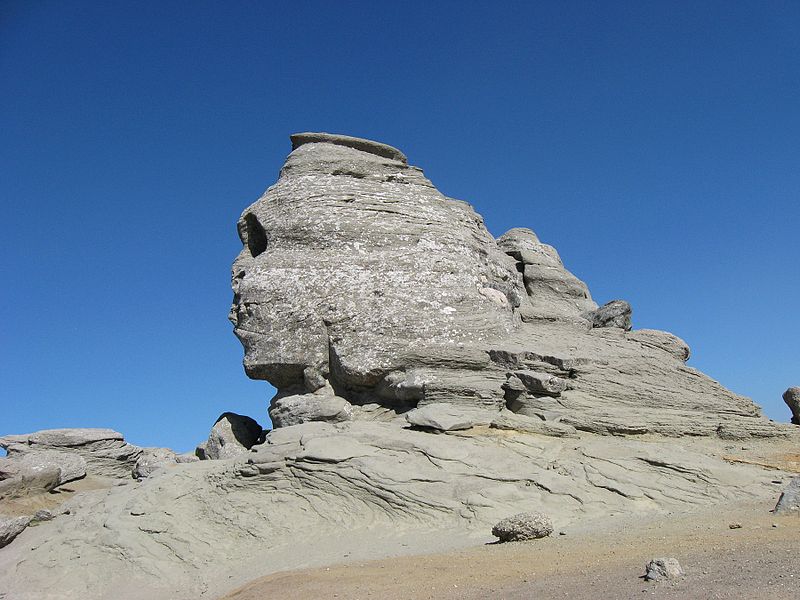 Urging visitors to seek answers on their mystical appearance, the Sphinx and Babele rock formations, situated on the Bucegi Plateau, are as mysterious as beautiful. While experts say that they are nothing but rocks shaped after a prolonged action of frost and thaw, nibbled by wind and rain, people’s imagination goes much further. Perhaps the answer lies somewhere in between, closely tied to nature, which is still so far from being completely understood by the human mind.

Magical or not, both Babele and the Sphinx are some of the most enchanting attractions in Romania so why not take a visit, enjoy the adventure and the scenery and maybe you’ll unravel the mystery by yourself. 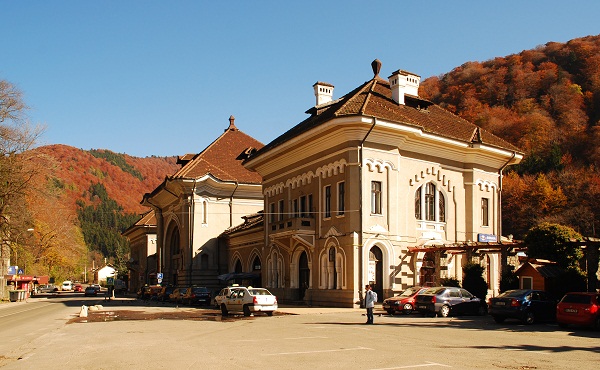 Sinaia is the only city in Romania with two Royal Train Stations. The first railway station in the city was built in 1913 hosting famous trains such as the Orient Express and Alberg Express. The second royal train station here raised 26 years later, in ‘39, was exclusively designed for the Royal Family and its guests. Unfortunately, this one is not open to the public, but the two beautiful pieces of architecture are still worth a visit, especially for the permanent exhibition of miniature trains taking place nearby. 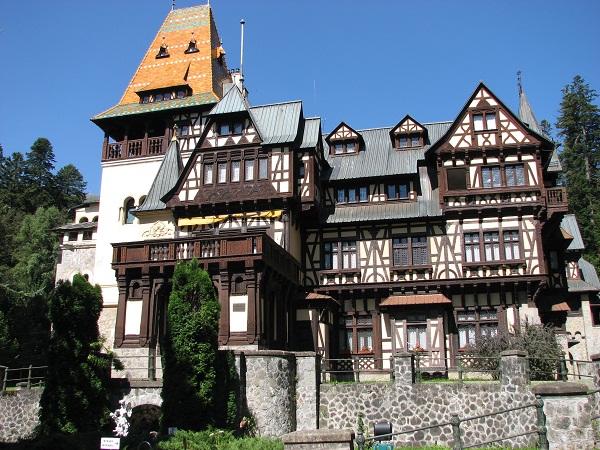 Part of the Peles Complex, alongside Peles Castle, Knights’ House, the Economat, House of the Guards, House of Architects and Garden House, Pelisor Castle, opened to the public in 1993, is a valuable museum containing an impressive collection of Art-Nouveau decorative art, as well as several works of Queen Marie of Romania.

Build for King Carol I’ nephew, Ferdinand of Romania, the castle served as the summer residence for the future king and his wife, Queen Marie of Romania. Solemn but stylish and much smaller than its big brother (Peles Castle), Pelisor is one of the few castles in the world decorated by a queen and a very elegant one, combining the beautiful Romanian architectural style Brancovenesc with surprising Byzantine and Celtic elements. 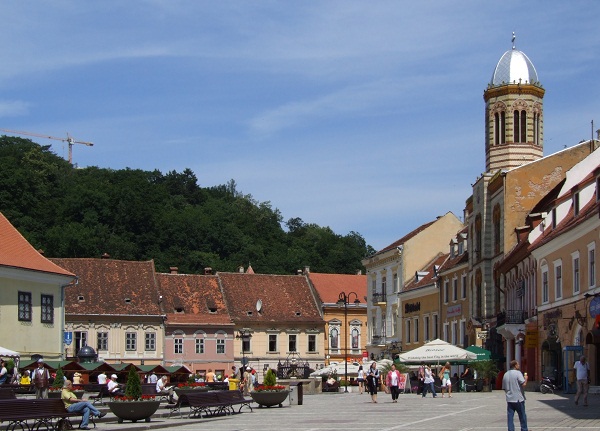 If an architect were able to take what’s best in Romania and build the perfect city, he would have probably chosen a quiet enchanting lieu between the mountains and filled it with pure air, culture, grace, beautiful people, endless cobblestone streets, baroque facades and medieval charm. Then, he would have added the emblematic Transylvanian fragrance, as it’s the sweetest in Romania, a bit of the past’s glory enhanced by avant-garde accessories and he would have drawn the thinnest time line between myth and reality.

This city exists right here in Romania, the work of many architects, passion and local traditions: Brasov. If you visit Sinaia, take a day trip – the city is just 40 km away. 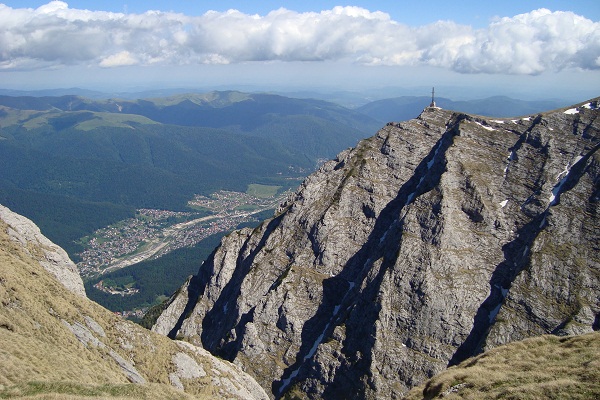 Heroes’ Cross is a colossal monument erected atop Caraiman Peak at the initiative of Marie of Edinburgh and King Ferdinand of Romania, in the memory of those who lost their lives during the First World War.  The Cross was the world’s tallest metal structure located in a mountainous area, for a long time, now still keeping its supremacy as Europe’s tallest metal structure on a mountain peak.

Lighting up the skies, the cross stands at an altitude of 2291 meters above Busteni (7 km away from Sinaia), watching over the beautiful Prahova Valley. 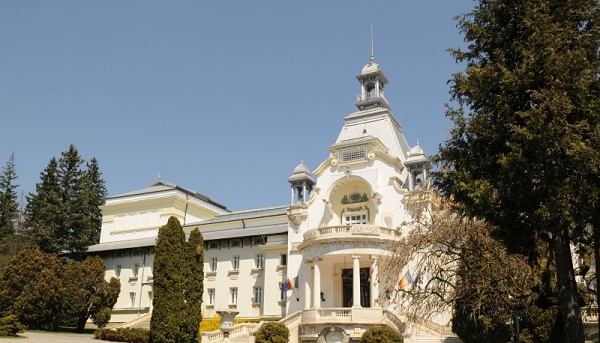 Still caught in time, between glorious eons and a bucolic present, Sinaia Casino lies quiet and elegant in Dimitrie Ghica Park, as one of the city’s most prominent symbols. With a fascinating history reminding of the most flourishing past of the city, when people from all around the world came here to try their luck, the casino is now a culture center and a sophisticated venue for private events and parties. 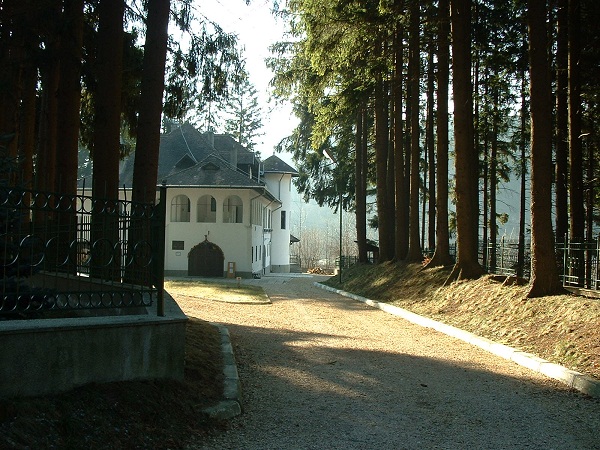 George Enescu was the most valuable musician Romania ever had. Composer, violinist, pianist, conductor and teacher, George Enescu became famous all around the world for his brilliant compositions: Romanian Rhapsodies and Œdipe – his monumental opera in four acts based on the mythological tale of Oedipus.

George Enescu had a strong connection with Sinaia, his talent being always encouraged and appreciated by Queen Elisabeth who, at that time, was living at Peles Castle. After his first American tour, he built a house in the Cumpătu district, the only suburb of Sinaia: “Luminis” (“Clearing” or “Glade”). The house has served him as a place for both creation and retreat for the next 20 years, until he decided to donate it to the Romanian state, to shelter and to inspire further artists.

In 1995 the house became a museum, the George Enescu Memorial House, being now visited by people who loved his work, as well as by those still eager to discover it.

Sinaia, the most famous and beloved mountain resort in Romania, is the perfect four-season destination, offering tourists a wide spectrum of activities. While summer tourists have the chance the explore the exalted Carpathians covered by rare flowers and dense timberlands, to relax, to climb or to admire the breathtaking views from the cable car, winter sports enthusiasts will find Sinaia the perfect venue with over 24 routes of different difficulty and a long white season of almost five months.