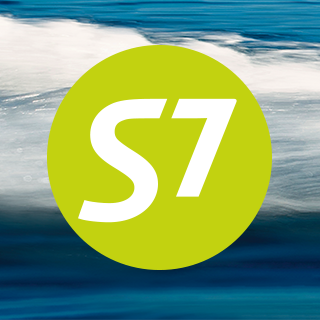 S7 Airlines, a member of the global airline Alliance oneworld®, 26 Jun 2016 opens direct flights from Moscow to Barcelona. Tickets are already on sale.

Barcelona will be the seventh city of Spain in the route network S7 Airlines. The flights will be operated year-round.

“Our passengers love to travel and discover something new, plan a trip independently, and develop their own routes to get the most impressions. S7 Airlines now offers even more possibilities for flexible planning — previously we have opened new routes to Malaga, from June 1 to begin flights to Ibiza and 26 June in Barcelona. Our passengers can choose the most convenient city to start and end your trip and see how different can be Spain depending on the region,” – said the commercial Director of S7 Group Igor Veretennikov.

Flights to Barcelona will be operated weekly, on Sundays. Departure from Moscow Domodedovo airport at 9:50 am, arrival in Barcelona at 13:20 local time. Return flight departs at 14:10 and arrives in Moscow at 19:35. The flights will be operated on modern Airliners of the Airbus A320.

Tickets for S7 Airlines flights can be purchased on the website s7.ruthrough apps for iPhone and Android, and in allsales offices. To find out accurate information about flights, book and buy tickets you can also phone the contact centre of the airline 8 800 700-0707, 8 800 200-0007 (toll-free in Russia).

S7 Airlines (brand of airline “Siberia”, s7.ru) is a member of the global airline Alliance oneworld®.

The airline has a wide domestic route network within Russia, based on air transport hubs in Moscow (Domodedovo) and Novosibirsk (Tolmachevo). S7 Airlines also performs regular flights to countries of CIS, Europe, middle East, Southeast Asia and the Asia-Pacific region.

In 2007 the airline received official notification IATA on the inclusion in the register of operators IOSA (IATA Operational Safety Audit) and became the second air carrier in Russia to successfully pass the full procedure of international audit on compliance with operational safety standards.

S7 Airlines is one of the most stable airlines in Russia, using last achievements of world industry in the servicing of passengers and actively expanding the service.

Currently S7 Airlines has the most modern and one of the “youngest” aircraft fleets on the Russian air transportation market. All flights are carried out on aircraft from leading manufacturers Airbus and Boeing.

S7 Airlines is a multiple winner of the national aviation prize “Wings of Russia” in various categories. The airline is also the winner of the annual award “people’s brand/brand №1 in Russia”.

For projects S7 Airlines has been repeatedly awarded the prize of the advertising festival “Cannes Lions” and the national award for discoveries in the area of traveling “My planet”.

The airline is part the S7 Group of companies. In 2015, the airline group transported 10.6 million passengers.