Located in Bucharest, Romania, the Sun Plaza shopping center is an indoor shopping complex that landed a place in the Guinness Book of World Records in November of 2010, when it displayed an indoor Christmas lights decoration featuring 449,658 light bulbs.

The previous record in the Guinness Book of World Records was awarded for an indoor display having 150,000 total light bulbs, a record that the Sun Plaza shopping center conquered with force. A representative for the Guinness Book of World Records visited the mall to deliver a diploma to confirm the plaza’s new record. Besides being a world class festive spot, the mall is also one of the most beautiful anywhere, and during any season, as the image below reveals. 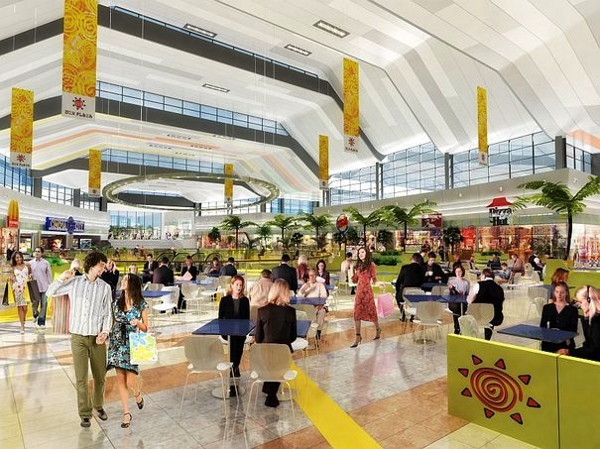 The Sun Plaza Christmas lights decoration included 500 different light curtains, 40 separate Christmas trees featuring 2,400 LED lights, and 120 different light garlands tracing escalators throughout the shopping mall. Even more astonishing, the shopping center has only been open since February 2010, making the achievement quite an undertaking for a first year of business. 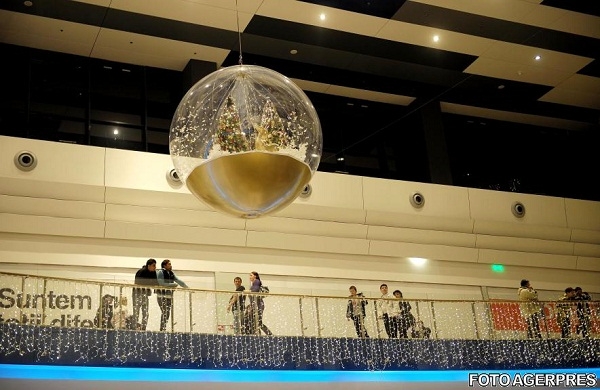 The achievement of this record was not the first attempt by Romanian residents to obtain a Guinness World Record. In 2008, an event was held attempting to beat the record for the most people dressed as Santa Claus in the same town. A designer who created a dress with 43,008 crystals won a record in 2010. 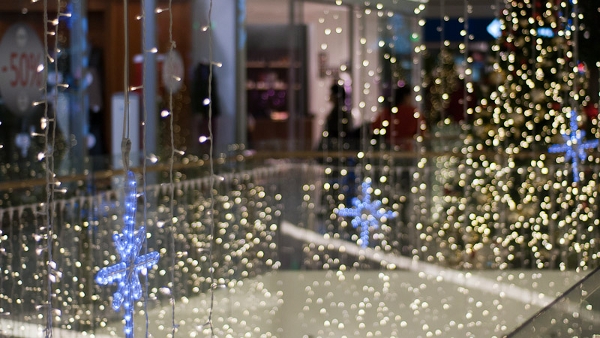 The recently opened Sun Plaza is home to 150 stores, comprising 80,000 square meters of space. The shopping center was quite an investment for all involved parties and was originally set to open in 2008, though it did not open its doors until early 2010. Retailers include Flanco, Mobexpert, Baumax, and Cora hypermarket.

The video below shows a much more cheerfull view of this beautiful display of Christmas cheer.