Holiday Market, an international tourism fair, opened its gates at The Parliament Palace in Bucharest on March 17. The fair, organized by the National Association of Travel Agencies in Romania, remains open till Sunday March 20, 2011. This is the second edition of the fair, after the resonant success last year. 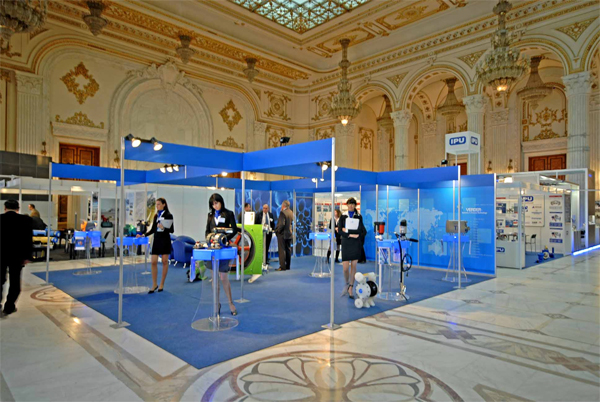 Amongst the main events of the opening ceremony we mention the release of a new airline route to the Romanian seaside and the release of the first tourism television from Romania. The opening day saw 4000 visitors, members of the media, general public and travel agents.

The prizes for the Holiday Market Lottery are:

2011’s edition of Holiday Market reunites over 100 exhibitors, in a surface of over 5000 square meters, where the A.N.A.T. tourism agencies present their offers. Other participants include Tourism Agencies of other countries in Romania, foreign partners of Romanian agencies from Delta Dunării, Maramureş, Bucovina, Braşov, Sighişoara, Sibiu, Prahova, Râşnov, Gorj, and also local authorities – The City Hall of Câmpulung, The City Hall of Alba Iulia, The County Council of Harghita. The Minister of Tourism and Regional Development participates with its own stand, for the promotion of Romanian Touristic Brand.