One of the iconic landmarks of Lisbon is, without a doubt, Torre de Belém (the Belém Tower), a symbol of the Age of Discoveries – a time when famous Portuguese explorers like Vasco da Gama and Bartolomeu Dias traveled the seas in search for new lands. 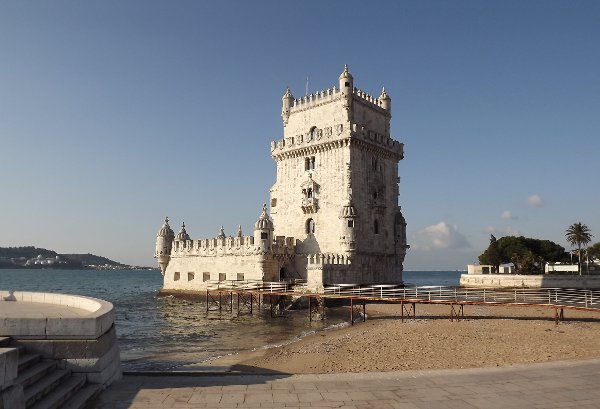 The tower, originally a defense fortification of the city, is part of a UNESCO World Heritage Site complex, together with The Hieronymites Monastery (below), since 1983. This Manueline-style, limestone building lies on the north bank of the River Tagus and, despite its venerable age (it’s now almost 500 years-old), it’s still very photogenic – which explains the hordes of tourists taking pictures here from early morning until evening, all day long. 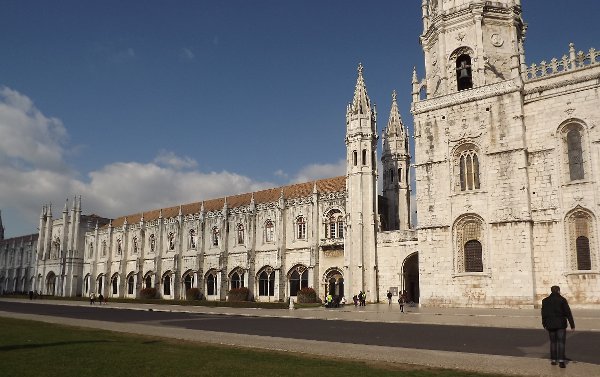 While you’re here, you can also visit Mosteiro dos Jerónimos (Jerónimos Monastery, or The Hieronymites Monastery) with its impressive carved walls, paintings and stained glass windows.

During the Age of Discoveries, the Portuguese navigators use to come here to pray and search for spiritual guidance before leaving on their expeditions. The tombs of Vasco da Gama and Luís de Camões can be found here, as well. 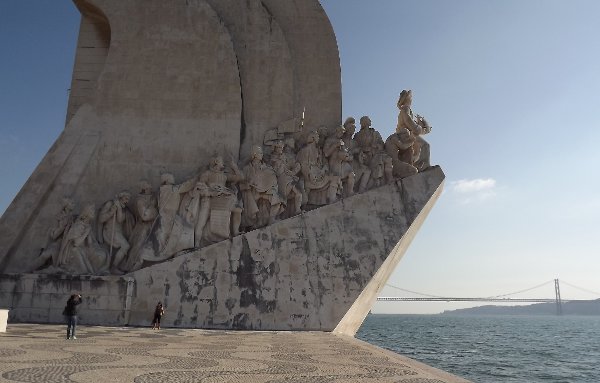 Padrão dos Descobrimentos (Monument to the Discoveries – built in honor of 15th and 16th century Portuguese explorers, poets and painters such as Ferdinand Magellan, Vasco da Gama, Luís de Camões, Nuno Gonçalves and many others) and the monument to the first flight across the South Atlantic (from Lisbon to Rio de Janeiro) are also sights not to be missed on this side of the River Tagus (Tejo).

On the other side of the river, in the municipality of Almada, you can visit the mighty Cristo-Rei (Christ the King) statue – a monument that is 28 meters high, built on a 82 meters high pedestal – that was inspired by the Christ the Redeemer statue from Rio de Janeiro. 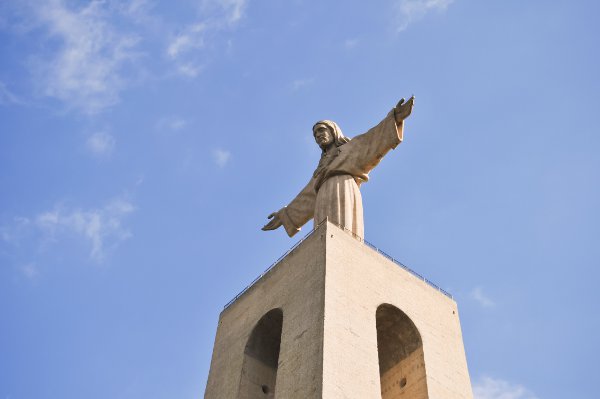 The history has it that the Portuguese church agreed to build the statue out of gratitude for the fact that Portugal was left outside the World War II. In order to get to Cristo-Rei statue, you’ll need to cross the Ponte 25 de Abril (25 de Abril Bridge below), one of the largest suspension bridges in Europe and one that looks very similar to Golden Gate Bridge in San Francisco. 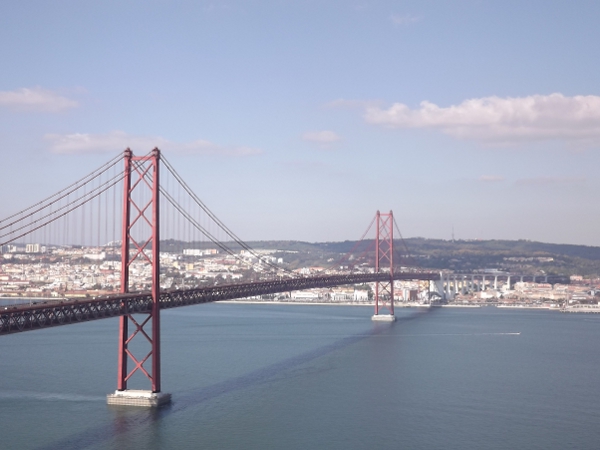 About the author: Adrian Banu is a travel editor at Travel Destination Search . You can find out more about Adrian’s work by visiting his website and his Google+ profile.

Adrian Banu is a travel editor at Travel Destinations Search. You can find out more about Adrian’s work by visiting his website and his Google+ profile.

Campspot Publishes the Top Outdoor Travel Trends for 2023
Ideas to Make the Most of Your Visit to Phuket
Trends Say Americans Guarded Over Travel 2022
27 Inspirational Travel Quotes to Fire Up Your 2022 Travel Bug
Previous: Matthias Roeke Chosen as Managing Director of Rosewood London
Next: Romania Tourism Nights Up Over Previous Year