Moscow Winters Past and Present

Winter. It is the season when thousands of beach-loving Russians head to the tropics to escape the grayness and what seems like the never-ending cold. I, however, enjoy the fleeting magic of the white kingdom where every day is different and when you can stay comfortably wrapped in a woolen plaid and sip hot tea watching the snowflakes twirl outside the window like elegant ballerinas.

Over time winter is a welcome season when I reread Alexander Pushkin, year after year, and especially his most Russian creation, the poem “Evgeny Onegin”. This winter, as I was flaneuring in the old Moskva past elegant Baroque mansions and dark narrow side-ways, I imagined myself traveling back in time to the fairy-tale of Pushkin’s 19th century. I let Pushkin guide me to the places where I could still hear his verses. It was then I found myself standing right before Cafe Pushkin on Tverskaya. If Alexander Pushkin’s Evgeny Onegin was alive, I thought, he would probably dine here, at the place that has become a Moscow landmark and a living fairy-tale on its own. 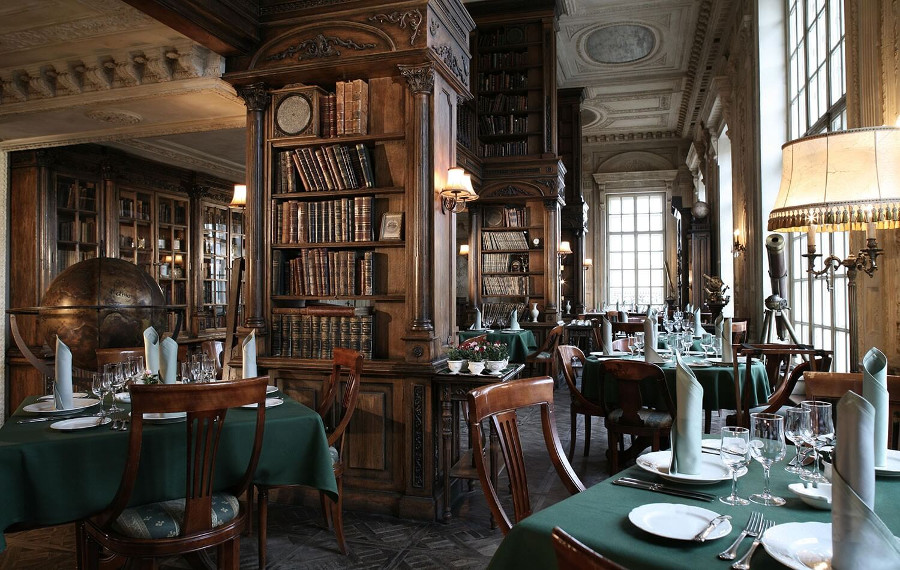 “Pushkin is our everything”, Russians love to say. And the Cafe fully agrees with this statement. While ever his Evgeny, who has no motherland and speaks French, has always been and still remains the incarnation of modern liberal values, his Tatiana “has a Russian soul” and symbolizes the moral rebirth, the inseparable unity of man and the Creator. It is a story of the modern Russia, its suffered liberal past, loss of God and the return to moral Christian values. Young Tatiana would let herself be fooled by the French novels (epitomized in Hollywood films) which delve in the pursuit of earthy happiness and nine times out of ten end with a happy ending. However, like all Russians she knew that it is where the French novel ends that a Russian novel begins.