Top Five Most Luxurious Suites in the World

This five star seafront hotel has been rated one of the top European luxury hotels. Its opulent features include several hundred rooms and suites along with three restaurants, a piano bar and a private beach. It was built in the late nineteenth century by English aristocrats but was demolished after the First World War only to be reconstructed along its old lines in an attempt to restore its former glory. 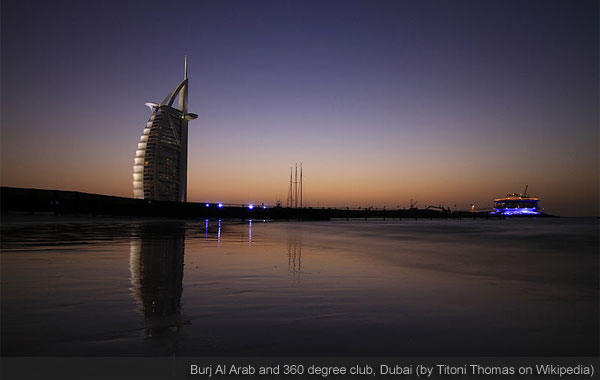 This five star hotel was built on an artificial island and is the fourth tallest hotel in the world, standing at over 300 metres. It was designed to resemble a billowing sail perhaps owing to the burgeoning popularity of Dubai as a tourist destination in recent years and quickly became known as one of the world’s most luxurious hotels.

All the luxury hotel suites have unique designs and views and all come with an office area – so designed to attract the wealthy business tourist. The jewel in the crown of the Burj Al Arab is the Royal Suite, a two storied, 8,400 square foot space with a rotating four-poster bed, a private cinema, personal butler and chauffer driven Rolls Royce for when guests want to pop out.

This luxurious hotel is located in Manhattan’s premier shopping and business district, between Park and Madison Avenues and features more than 60 luxury suites. The hotel is home to two of New York’s finest restaurants, including the L’Atelier de Joel Robuchon, an intimate and highly acclaimed dining experience.

In terms of suites, the Four Seasons doesn’t disappoint. The Ty Warner Penthouse is a breathtaking space that features glass balconies and floor to ceiling bay windows offering stunning 360-degree views of the city. Other unique features include a private elevator, indoor-outdoor Zen garden, private spa room, extensive library, grand piano and even a personal butler to look after guests’ every whim.

This luxury hotel is located in one of London’s most fashionable neighbourhoods, Mayfair. It was built in 1897 and has been recently restored with meticulous attention to period detail, while also incorporating the best of 21st century design.

The Çiragan Palace is a luxury hotel tucked away on the inspiring shores of the Bosphorus. The hotel, which was the home of the last Ottoman Sultan, is well known for the quality of its hotel suites.

The Sultan Suite, is one of the largest suites in Europe, offering panoramic views of the Bosphorus in a exquisitely designed space. Guests enjoy a private steam room and rain shower, dining table for 12 and round the clock butler service.

Jonathan is a keen travel blogger who enjoys staying in the finest luxury suites accross the world, everywhere from New York to Istanbul.

Campspot Publishes the Top Outdoor Travel Trends for 2023
Ideas to Make the Most of Your Visit to Phuket
Trends Say Americans Guarded Over Travel 2022
27 Inspirational Travel Quotes to Fire Up Your 2022 Travel Bug
Previous: OTA CEOs: Part III
Next: Magnuson’s GHX Adopted by 1000’s Already