5.3 magnitude quake 108km WNW of Hofn, Iceland via the USGS

Status Iceland’s huge Bardarbunga volcano is now threat level orange again after having been elevated over the weekend to red .  On Saturday, the Icelandic Meteorological Office issued a red alert, which suggests an eruption of the massive volcano is imminent. Later, erroneous reports of sub-glacial lava led to the threat level being reduced. 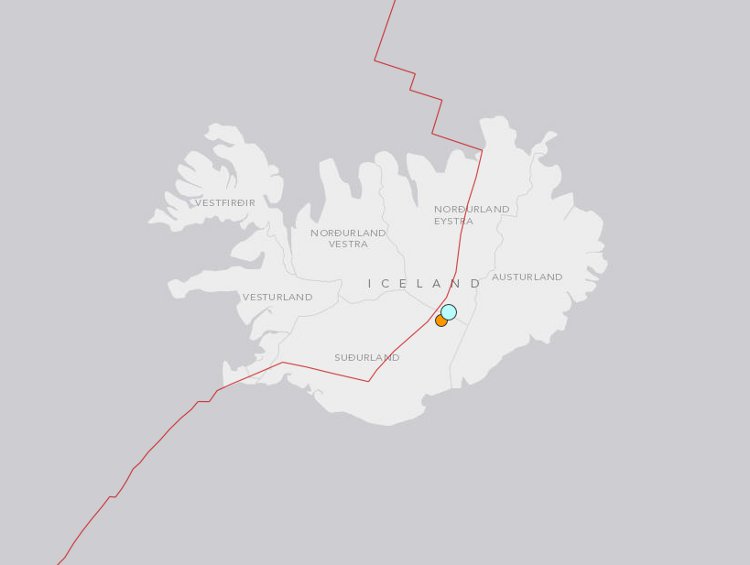 5.3 magnitude quake 108km WNW of Hofn, Iceland via the USGS

According to the announcement, a small lave eruption allegedly took place  beneath the gigantic glacier which covers the top of the volcanic mountain near Iceland’s capital. A later report also said a series of strong earthquakes rocked the volcano on  Sunday. Since that time officials have revised their statements to indicate the lava ejection did not actually occur.

Now, with the earthquake levels having subsided, Bardarbunga appears more quiet now. Just yesterday a 5.3 magnitude quake hit beneath the volcano 108km WNW of Hofn, Iceland according to the USGS (image top).