Holidaymakers and business travelers will have increasingly more options to choose from in the near future. Hotel search engines and comparison websites focus their attention on various niches, each with its own strategy in covering a larger number of customers.

PhoCusWright Inc., an independent market research company has reported that in 2011, an amount of $33.8 billion was spent on booking hotel rooms online and more than a half (55%) of bookings were directly addressed to the hotels’ own websites, without resorting to a travel agent or a hotel search engine. Nevertheless, there’s still room to grow for online travel agents and hotel search engines.

“We asked ourselves why most people are just going direct to the hotels’ own websites to secure their booking. It turns out that most hotels all around the world still keep their lowest rates for their own websites, and don’t necessarily give their best deals to web based comparison sites like Expedia. ” explained HotelSweep Co-Founder, Chris Doman.

Aiming to provide a proper solution for both holidaymakers and hotel businesses, Cambridge-based HotelSweep, a brand new hotel search engine created by Christopher Doman and Richard Lewis, managed to use an advanced technology which allows extracting information directly from hotels’ official websites. 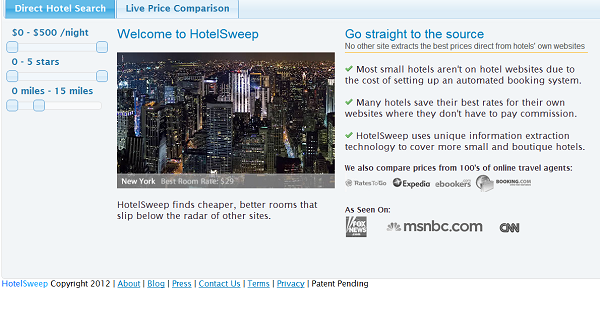 Launched this February, HotelSweep has already gained popularity. Its success came as a result of its clever and unique selling point, the large number of hotels in its database and the its efficiency in providing the best deals for customers. According to Co-Founder Richard Lewis, the new version of HotelSweep consists of the hotel coverage development from fifty thousand to five hundred and fifty thousand and the extension of their geographical coverage in Europe, Australia and Asia. Moreover Richard Lewis expressed his intention to improve search results in terms of rural areas in the U.S. providing great deals in lesser known American towns and villages. 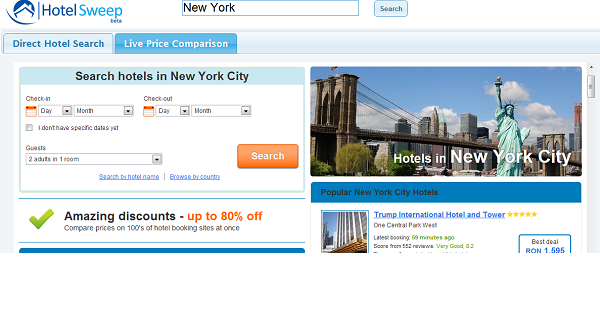 HotelSweep will continue to implement user-centric changes and more information about hotel facilities, including user aggregated reviews. Many updates are scheduled for the next months, however, HotelSweep will remain focused on its initial purpose, namely to address the needs of budget travelers, although a great collection of luxury hotel rooms will be integrated in the next version.