Just before 9:30 GMT this morning a magnitude 6.9 earthquake hit eastern Greece just south of Kamariotissa in the Aegean. The quake, reported by the USGS was felt as far away as Palestine.

Updated 19:27 CET: In Turkey, about about 270 people were hospitalized, while in Greece only minor structural damage and some injuries have so far been reported even though some panic was reported. We’ll continue to update you. 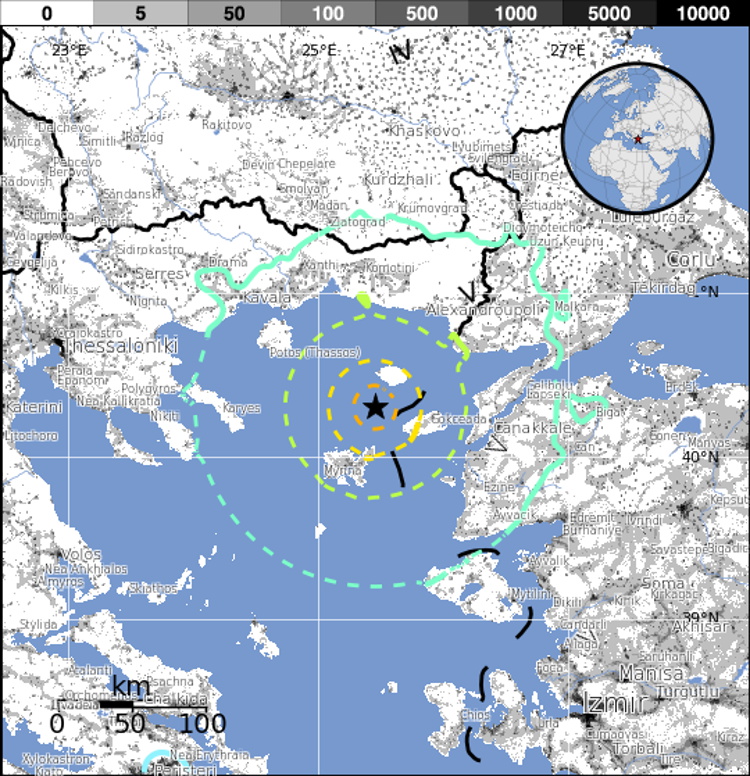 Pager graphics for the quake at USGS indicate severe effects out to Kamariotissa,which has a population right around 1,000. Less severe effects radiated out from the epicenter which lay at a depth of 6.2 miles. A relatively shallow quake, further effects in populated areas of Alexandroupoli (pop 53,000) were moderate. So far there have been only reports of minor injuries, but property damage assessments have not been reported.

Local media reported the quake was felt in many major parts of Greece from Athens and Thessaloniki to as far away as the Turkish coasts. In fact some Turkish media reported aftershocks in Istanbul, Izmir and Canakkale, as reaching magnitude 6.7. According to those reports (video from Turkey), hundreds in the western parts of Turkey fled their homes, fearing structural collapses. Hurriyet Daily News Tweeted some of the damage as below: