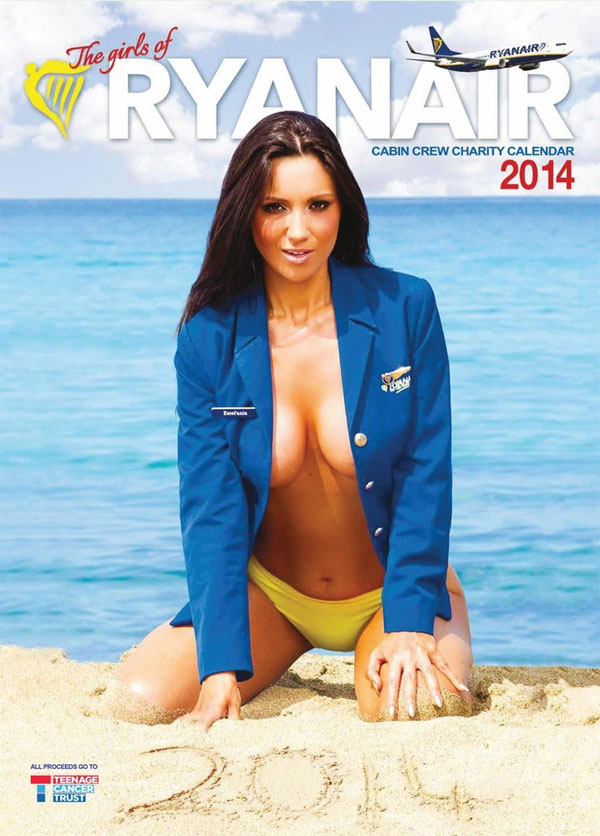 Ryanair’s cabin crew have raised over €600,000 for charity through calendar sales since 2008, and its calendars were sold like hotcakes especially in 2012 and 2013. There is great interest for the calendar in 2014 as well, as much for the beautiful hostesses, as for the charity involved. Proceeds from the 2014 Ryanair Cabin Crew Charity Calendar will be donated to the Teenage Cancer Trust, the only UK charity dedicated to improving the quality of life and survival chances for young people with cancer aged between 13 and 24.

“Ryanair’s fabulous cabin crew have selected Teenage Cancer Trust as the lucky charity that will receive all of the €100,000 proceeds from the 2014 Ryanair Cabin Crew Charity Calendar sales, which will help support their 27 specialist cancer units for young people across the UK. Every year 10,000 copies of the Ryanair cabin crew charity calendar sell out in record time, so everyone who wants to help Teenage Cancer Trust with its work can buy Ryanair’s 2014 calendar onboard, on our website, or from Teenage Cancer Trust’s website when it goes on sale shortly,” said Ryanair’s Robin Kiely in a press statement.

The calendar, which is priced at €10 + €6.99 package and postage, is available to pre order at Ryanair calendars.