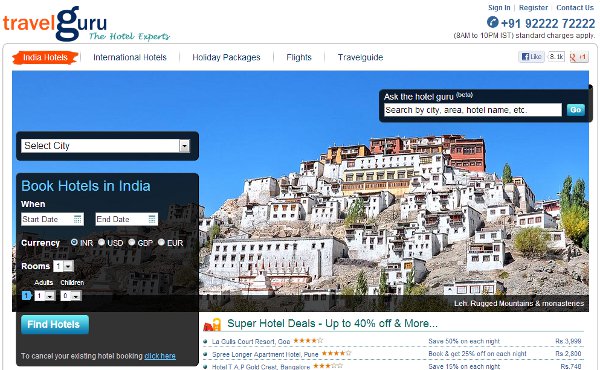 Owned and operated by the ITDC, The Ashok Group has a network of 8 Ashok hotels and six joint venture hotels in India. Owned by the Indian Government, ITDC deals with hospitality, education and retail development there. According to this latest press, Travelguru will not only list the aforementioned hotels, but also provide customer support for same. Travelguru’s Regional Head – North and East India, Sandeep Srivastava, offered this comment:

“It is our goal to bring more and more hotels online for our customers; in-line with the same thought, we are happy to announce our alliance with Ashok Group of hotels. As of now, 14 hotels from Ashok group including hotels in Jaipur and Mysore will be featured on Travelguru.com. We expect this alliance to be beneficial for both the parties and to develop into a sustainable partnership.”

Travelguru.com and ITDC both suggest this move as the start of a long term relationship to promote India tourism. Travelguru is India’s largest online hotel network with over 6000 hotels in 400 cities.