The Destiny of Desti – Nokia Win or Loss? 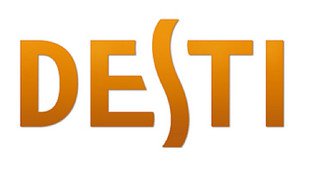 Nokia has just acquired Desti, supposedly the “smartest travel guide” among all the travel guides in the digital world. The US based, Siri-like trip planning startup, is the Finnish company’s tech ace in the hole,  some say, one that will boost that brand’s mobile market. Here’s two sides to the same story.

Since Nokia handset operation was acquired by Microsoft, the company adrift in no-man’s land market wise, has been in a sort of smart device limbo both PR and developmental wise. Now, the once superpowered Nokia brand delves into the throwback years of Microsoft’s Bing search, with a Desti which is supposed to be to be to travel search and discover what Powerset (core Bing engine) was to natural language and semantic search versus Google in 2007/8.

According to Desti, she (or he) is supposed to be able to read thousands of travel reviews, pictures, videos and other data repositories to render a “smart” overview of destinations – but something more too. Using the now ages old moniker of artificial intelligence (AI) us search tech evangelists of the late 2000’s were enamored with, the new Nokia toy is supposed to “understand” value.

Excuse me for skepticism, but I personally boosted the concept of machine understanding as much as any tech author in the world, back when. Through my close association with the developers of natural and semantic language technologies then, the concept SRI based Siri on, and now “Desti”, it’s a bit of a pipe dream for many reasons. First of all, “understanding” a destination, or any kind of search, is irrelevant and subjective, where value is concerned. All any semantic tech can accomplish is to “suggest” a person, place, or thing to a user. Smart or dumb, the need for semantic search technology has been passed by.

As proof, just how frustrating are you that Google and even Facebook try to fill in what you mean when you type? Pretty frustrated on your mobile device too, I’ll wager. These technologies will always be a massive fail because of the unpredictability of the moment. But wait! Just when any rational tech geek should be throwing up arms and rolling eyeballs, those Finnish developers have always been top notch. Could Desti really come up with the kind of coolness the handset brand held all those years?

Let’s face it, not many people really need Facebook, but a billion or more sure do visit weekly. Twitter is a rediculous communicative tool, but even the micro-blogs biggest detractors (yes, I hated it in print) now use it for lightning connecting. And who would have thought smart devices would overtake the good old desktop? Here we are pecking away at icons on mobile devices at the restaurant, not at the office. (Post written on a Lenovo). Desti, a super slick and useful “preview engine” just might be what travel ordered.

I’ll do a full review of any new Desti developments once I get in touch with Nokia. But looking at the “Here” mapping platform new and bright innovations come to my mind. Artificial intelligence? I say, just some normal travel utility intelligence is in order, for mobile. What’s impactful about this announcement really, is the potential for Nokia and those that make use of the APIs for third parties to create Desti services of their own. I’ve had some ideas along these lines for two years. Hmmm.

The case for Nokia and Desti? Maybe those Microsoft billions are being put to good use. More, hmmm. I’ll remain skeptical 10,000 startups into an adventure in what works and what doesn’t. Here’s what “Here” has been up to.