Dining in the Buff: The Bunyadi Restaurant to Open in London

Just when you thought the gastronomy world can no longer surprise you, here comes The Bunyadi, a new concept pop-up restaurant, where you are expected to bare it all for a bite. Seb Lyall, the brains behind the project, insists that “The idea is to experience true liberation,” but it is not clear so far how fans of true liberation of this sort will deal with issues like personal hygiene at the dining table. It doesn’t seem to matter though: less than 24 hours after the official press release, there are 9,228 registered people on the waiting list for tickets, and the numbers will grow, because The Bunyadi is already making noise in the local and international media. Add social media in the mix, and you can imagine what will follow.

The restaurant will be located somewhere in central London, and it is supposed to open in June. According to their official press release, guests will enjoy wood-flame grilled meals served on handmade clay crockery and edible cutlery, but a full menu has not been revealed. However, here’s a preview of the furniture, which may cause some of the future patrons to worry about splinters. But what would “true liberation” fell like if you don’t have the chance to sit in the buff after another patron? Get your health insurance in order, and be prepared for, well… the unexpected (skin disease comes to mind). Wait till the Department of Health and Public Health England (PHE) hears about this. 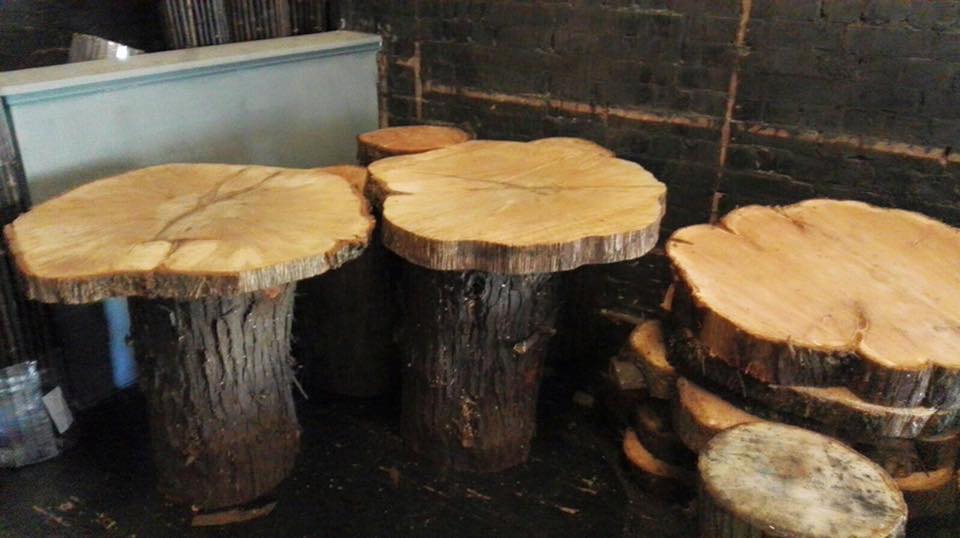 Don’t worry if you are shy and you don’t want to expose your body while munching on a piece of steak. The Bunyadi will open with two sections: pure (as in naked), and clothed. There will be natural bamboo partitions to offer privacy, or an intimate feel. And candlelight, probably to set the mood for true romance? Well, at least according to the creator of the restaurant, candlelight replaces electricity, for that all natural purpose of the place:

The Bunyadi plans to use only the most natural, home-grown ingredients to envelope its patrons in a Pangea-like world, free from phones, electric lights and even clothing (not compulsory)!

The staff will be “naked with some covering” – which seems odd, when the patrons are expected to strip. And because the cuisine features options of vegan and a non-vegan tasting menu cooked on wood fire, one can only wonder: are the cooks going to be naked too?

If this novel idea makes you worry the sanity of humanity, don’t. Apparently, the pop-up restaurant comes with an expiration date, being supposed to close after three months. But based on its initial success, who’d be insane to close down such a profitable business. Considering that the Brits are pretty OK with nakedness, even in public places, expect the restaurant to survive past the three initial months. You know… by popular demand. 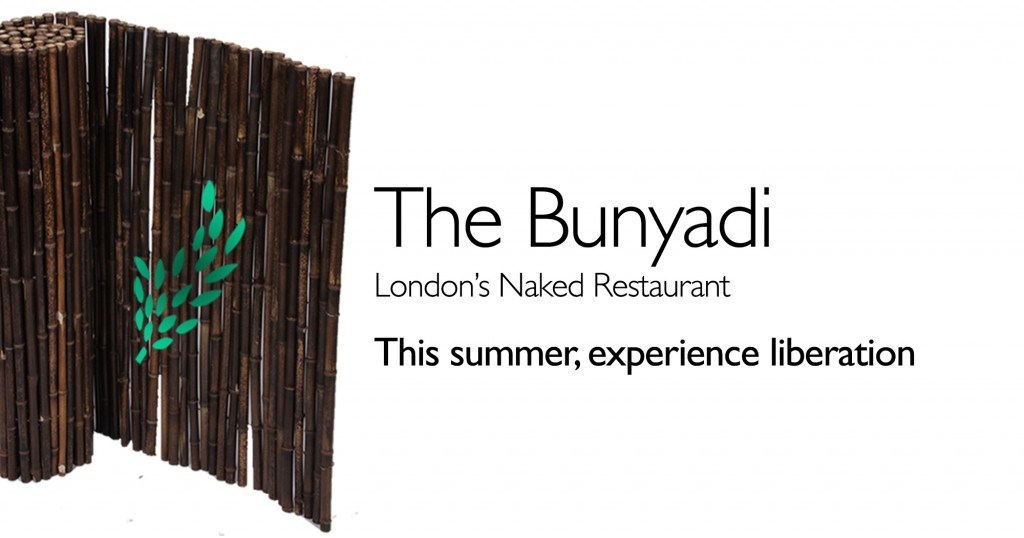