Imagine an app that knows exactly where you are in the airport and can give you real-time information about services such as restaurants, shops, and gates.  That is what SITA and Copenhagen Airport are promising for iPhone users who visit the airport. 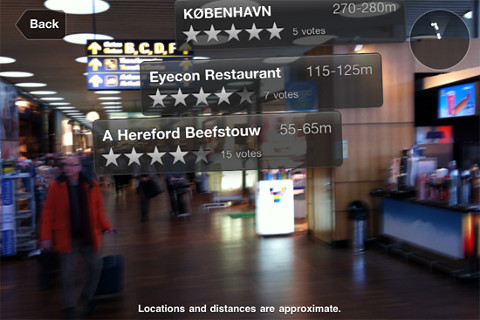 Using augment reality technology, via wireless access points strategically placed throughout the terminals, this new app will be able to triangulate your exact location with accuracy you would normally expect from a GPS (which cannot penetrate the thick concrete of airport terminals). Once the app determines where the user is, the user can choose services, and the app will display the appropriate information, such as directions to a gate or the description of a shop.

The app even allows you to scan your  surroundings in a terminal with the iPhone camera, while the camera takes shots of points of interest.  Once completed, it will give you the locations and distances of those interesting areas.

“With the innovative augmented reality technology featured in this application, we hope to make it even easier and more fun for passengers to find their way through Copenhagen Airport,” said Christian Poulsen, head of IT at Copenhagen Airports A/S.

According to Poulsen, the technology is accurate “down to a few metres”, and will become even more accurate with subsequent releases of the app. 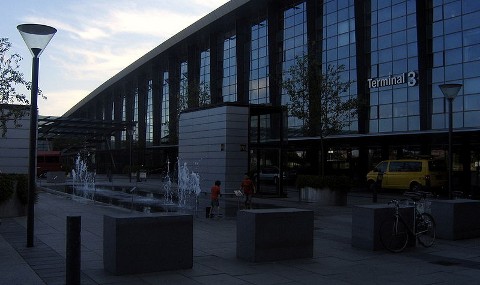 This is not the first app Copenhagen Airport has released.  Available for the iPhone and Android phones, its first app has served up 100,000 downloads since December 2010, and SITA is helping it develop the augmented reality app specifically for use inside the airport’s terminals.  You can expect to find the app in the Apple Appstore within weeks.

Can Airbnb Continue to Expand as Before?
Hopper Taps Into Hostaway Client Base in Lastest Strategy Move
AI-Powered Pathfndr Announces a Slew of New Features
“Wheel the World” Hurdles Travel Barriers for Travelers Using Tech
Previous: Record Number of Tourists to Visit Singapore in 2011
Next: Estonia – The Next Big Thing In Eco-tourism?