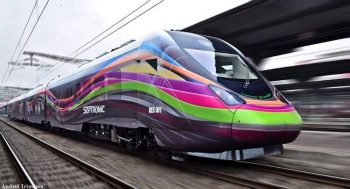 Romanian rail manufacturer Softronic has just announced a new prototype of its new Hyperion emu set to test along Romania’s main rail lines. The Hyperion has been developed by Softronic at the company’s Craiova plant to the south of Romania at a cost of around €5 million euro, the reports say.