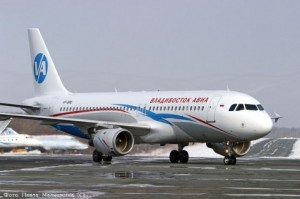 Russia could be about to receive more Malaysian visitors, and vice versa, thanks to the establishment of the first direct flights between the two countries.

According to The Star, the first schedule flights between the two countries are set to take off on December 17th, departing from the eastern Russian city of Vladivostok and arriving at Kota Kinabalu and Langkawi, two of Malaysia’s most famous tourism resorts.

The flights will be run by Vladivostok Airlines, following a collaboration between them and Tourism Vacation Resources Sdn Bhd, a Malaysian tour operator.

To begin with, it’s expected that much of the traffic will be one way, with many Russians eager to explore the Southeast Asian country. Officials hope that the flights will bring as many as 2,200 Russian tourists to Malaysia over the next three months. Ultimately though, and considering that the new flight schedule is the only direct route from Malaysia to Russia, it’s hoped that the latter could also benefit from the deal with more tourist arrivals.

“This will not only bring in more tourist arrivals from Russia, but will also strengthen the friendly ties between our two countries.”

The minister added that she thought Vladivostok was an ideal starting point for direct flights between the two countries, considering the flight time was only six and a half hours.

Officials said that the routes will last for a period of three months to begin with, from December 17 until March 26, after which they will study whether or not to continue the service.

In addition, Tan Sri Ghazzali Sheikh Abdul Khalid of Tourism Vacation Resources said that the company would be working with Vladivostok Airlines to see how they could cater for Malaysians looking to visit Russia’s Eastern city in the near future.