Poti, port to the Black Sea, a great starting point to visit the Kolkheti National Park

Poti, port to the Black Sea, a great starting point to visit the Kolkheti National Park

Legends of Argonauts and Greek heroes make Poti’s tranquil setting by the sea such an appealing destination. The locals are proud of their past, but the port is not yet noted as a tourist destination. Instead, its main activities are commercial, but there are plans by the city officials to modernize infrastructure and buildings that will make Poti more enjoyable for travelers.

Today, Poti is still visited by people interested in lesser-advertised European destinations, or by those who arrive in Georgia by ferry from neighboring countries. But soon, Poti may become increasingly touristic, because it has so much to offer due to proximity to the Kolkheti National Park, which is right now the main reason to visit Poti if you are not on your way to another Georgian destination.

Poti is fortunately surrounded by one of Georgia’s national parks: the Kolkheti National Park. It is a protected natural area, but there are areas open to public visits, as well as organized tours offered by local operators, boat trips, guided hikes, horseback riding, walks, bird watching, and even diving. The park is recognized for its rare relics of the tropical and subtropical landscape, that stretched across the Eurasian continent approximately 10 million years. The park stretches over more than 29,000 hectares of land and sea. It has rich flora and fauna, with more than 190 species of birds, as well as amphibians, and mammals.

Some of the habitats of this humid lowland of Georgia standout with through unique features: Paliastomi Lake, which was once a lagoon opening into the Black Sea; Imnati Mire, which is a percolation bog; and the Kolkheti Forest. Tourists can see which areas can be visited by downloading this official brochure (.pdf). Information about the trails is also available in detail here. You can book a tour with Georgian Holidays.

Even a day at the beach in Poti can appeal to nature lovers, especially if you don’t mind the occasional quadruped that stares at the waves (usually cows roam free on the dunes in some parts).

If you don’t have time to escape the city, you can still enjoy Poti. A stroll down the Palm Boulevard is a relaxing way to spend an evening. Or see the Poti lighthouse at the end of Demetre Tavdadebuli Street, a cast iron structure from 1864. The landmark was built in England at the order of Czar Alexander II and was brought in Georgia with a steamship. This structure is one of the symbols of the city, and it is worth it to climb its 152 steps to the lantern room for the splendid views from its observation deck. 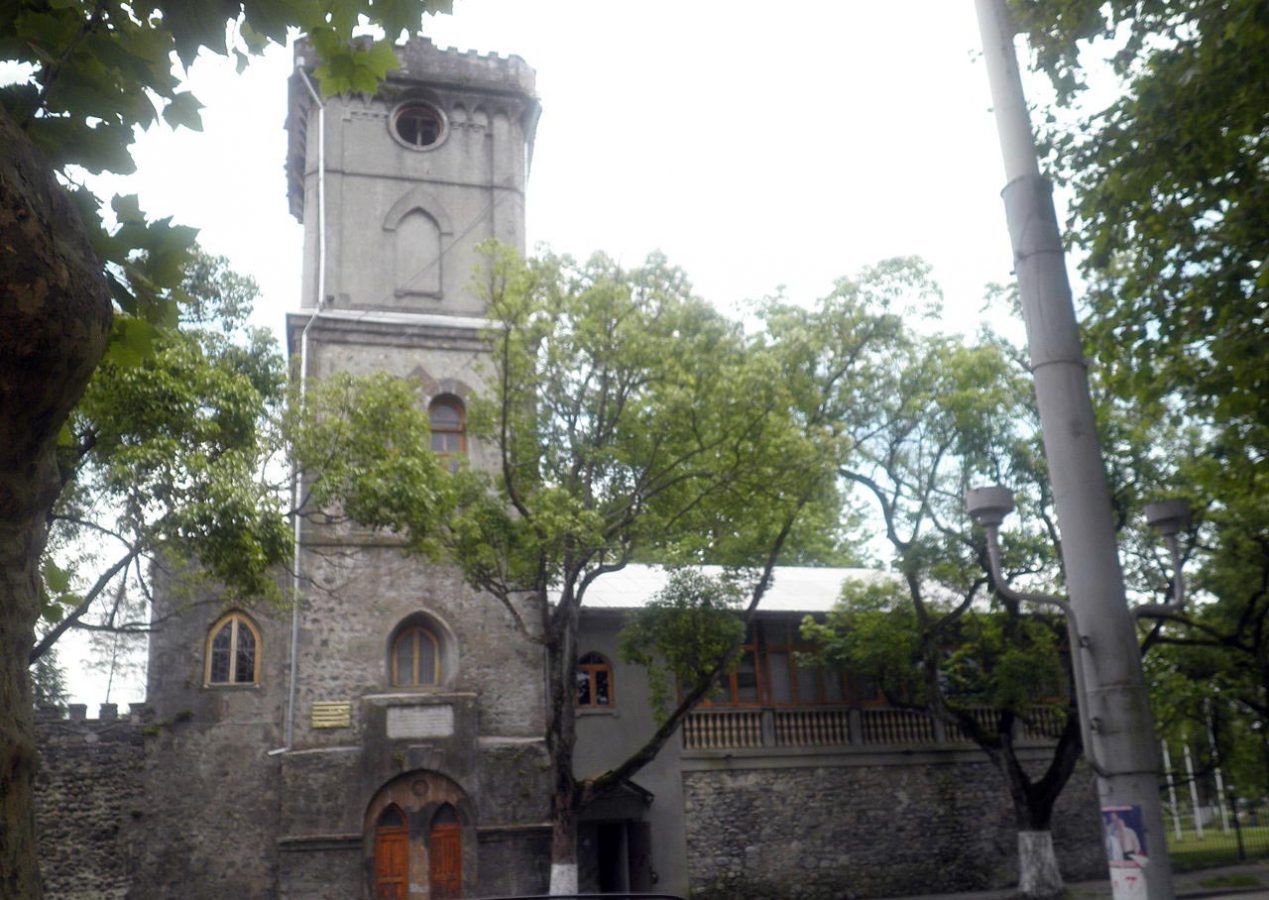 Another interesting landmark is the Poti Tower, part of the old Poti Fortress built by the Ottomans after their invasion in 1725. During the Russian Empire, the fortress served as a prison, and the tower still contains its remains and a working mechanical clock, brought from Paris in 1896 by Georgian writer Niko Nikoladze, who was also mayor of Poti from 1894 to 1912.

The Poti Soboro Cathedral is another noteworthy landmark of the city. It is a Georgian Orthodox church built in Neo-Byzantine style by architects A. Zelenko and M. Marfeld in 1907 after medieval Christian cathedrals in the Trabzon mountains and Hagia Sofia. Notably, the cathedral was built at the order of mayor Nikoladze, who chose for it a central location.

The World War II Victory monument designed by Elgudża Amaszukeli and Wachtang Dawitaia is another landmark worthy of attention, especially for its Soviet-style design. The names of over 3300 Poti residents killed between 1941-1945 (when Poti had about 7000 inhabitants) are inscribed on tablets of marble surrounding the object. At the heart of the monument, there is a statue of a soldier surrounded by the waves of the sea.

Poti is small and lacks cultural attractions with the potential to attract touristic interest. However, the Poti Museum of Colchian Culture is enough for a short visit. It occupies an architectural landmark (former merchant’s house) from 1907 and tells the history of Kolkheti through archeological finds and documents.

Alternatively, you can check out the Poti Municipality Exhibition Hall to see works by local and Georgian contemporary artists and other events. Information about these is usually shared (in Georgian) on the official website of the city.

Freshwater “Miracles” of Crete Island
Crete is Becoming a Top Winter Refuge and Remote Working Destination
The Keftiu: Were They Absorbed and Erased from History?
Live Like Great Odysseus: Book a Week at Santa Thekla Peninsula
Previous: Bulgaria and Romania to Ease Border Crossings, IBNA Reports
Next: No, Travel & Leisure – Love for Russia is Not Strange!