Today, the town of Orahovica opens its gates to visitors from across the world, with The Spring in Orahovica (Orahovačko proljeće), a town celebration featuring a number of cultural manifestations, sports, and cuisine. Now at its 43rd edition, this quirky festival marks the official opening of the summer tourist season in Orahovica.

The event boasts a diverse programme, with a bit for everyone. Sports aficionados enjoy daily events such as horseback riding tournaments, indoor bowling competitions, basketball, handball, chess and soccer tournaments. Cultural activities include theater, and musical events, with folk performances, and concerts by local artists. 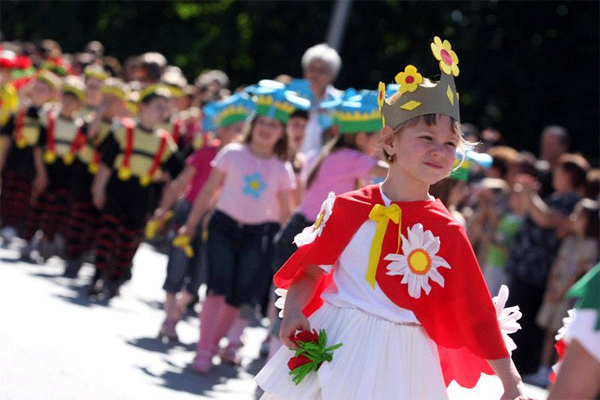 From this year’s cultural program, we mention the “History of Computers” exhibition organized by INFOR, which opens tomorrow at Slatinska Bank; an exhibition of photography “Unknown Orahovica 9”; children’s plays, such as “The Golden Fish” at the Virovitica Theater; an exhibition of local archaeological findings at Hotel Dukat; theater performances by Zagreb’s “GEMIST”; graffiti demonstrations; Medieval games “Red Knights Ruzice Grada” at the Središnji Gradski park on the 3rd of June, followed by the opening of an exhibition of the Association for assistance to persons with disabilities. The program continues with horsemen tournaments on June 4th, and other events, including a concert by “Magazin.” The festivities end June 5th with the Floral Parade, followed by a folk parade and the final of the soccer tournaments.