As the contestants begin to form the line that will end in Eurovision 2013’s ultimate winner, a few bright stars already are emerging from the East of the continent. Among those, Slovenia’s Hannah Mancini really brings the pipes with her song Straight Into Love. But there’s more. 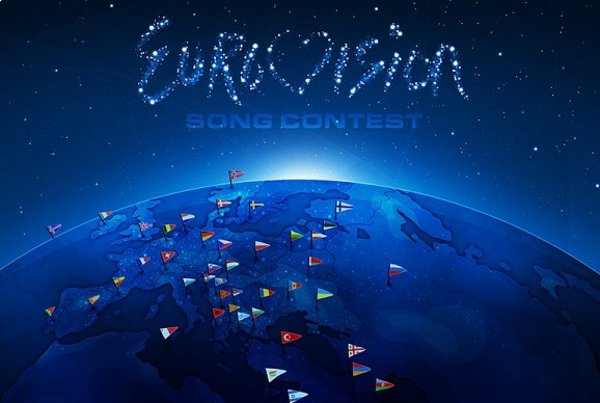 The Andrius represents Lithuania performing his song Something. The singer-songwriter has been at entertaining since his days back in Junior High School. The subtle style of Andrius might make him a sort of dark horse favorite in the coming competiton. Readers and fans can check  him out via Twitter too at @AndriusPojavis.

Getting a preview of Georgia’s competitors Nodi and Sophie is a thing easier said than done. Their ballad Waterfall is not exactly all over YouTube. We did manage to get a glimpse at “how come” too. The two performers will perform the composition of the Eurovision’s most prolific winning composer, Thomas G:son, but the promo video and tour are in production even now. Aside their careers in Georgian entertainment, the video below tells a bit more about the couple we think really has a shot at this year’s contest.

Hannah Mancini composed the lyrics for the dance – vocal Straight Into Love, a song about just that, falling straight into love. An American artist who lives in Slovenia, Hannah has worked on soundtracks for Disney previously. Readers and fans can Tweet Hannah via @hannahmancini

A Farewell To Another of the Small Gods of Crete, Nikos Zacharioudakis
A Word or Two About Ryanair CEO Michael O’Leary and Other Bean Counters
Expert Viewpoints: Hospitality 2021 and Beyond
Actress, Singer, Songwriter Rita Ora Vacations On Corfu
Previous: Georgia Organizes National Tourism Administration
Next: Colorado & Pot Tourism: Acapulco Gold Rush to Ensue