For most travelers Western Europe has been at the top of their destinations list since when, this is especially true for Americans. The Summer Olympics in London promise to bolster the decades long trend too, but according to Gate 1 Travel, river cruises in Eastern Europe show vacationers heading Eastward too.

A leader in independent and escorted travel, Gate 1 Travel offers fully escorted land tours; sea cruises; independent rail deals; river cruises; independent fly and drive vacations; and a wide variety of custom vacations, and especially into Eastern Europe. Data from their 2010 and 2011 sales show a clear 90 + percent rise in travel to “the other Europe” as opposed to previous years, according to their press release.

The company suggests one reason for East Europe seeing a rise in traffic as being because of river cruises on the Svir and Volga rivers in Russia, among many others. These cruise ships afford a unique perspective of places most American’s and Westerners have only heard of in the movies. UNESCO world heritage sites such as the small island of Kizhi, Goritsy, home the Monastery of St. Cyril, one of Russia’s largest monasteries, and so many others await exploration.

We make it now secret too, that we see it as our duty to bring all that is wonderful about East Europe to readers too. As an emerging touristic haven, there are actually few such regions left for the truly adventurous and curious. South America and Southeast Asia being the only two real competitors uniqueness wise, East Europe has so much to offer. 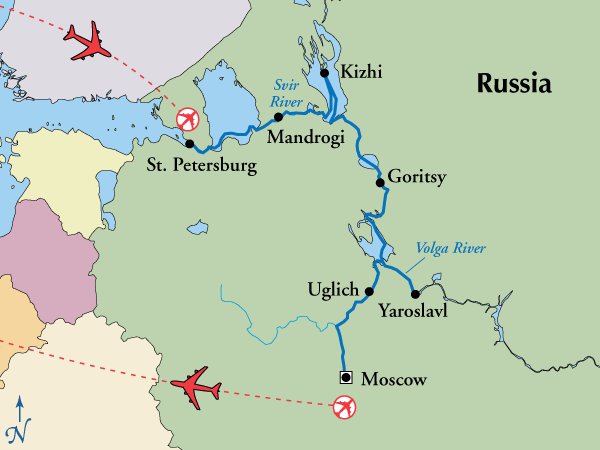 Marty Seslow, Vice President of Sales and Marketing for Gate 1 Travel. “The gothic style buildings constructed hundreds of years ago are definitely a favorite among history buffs.”

Truly, if history is your bag, visiting Russia, Romania, the Baltics, Turkey, and everyplace East of Germany, Austria, and Italy is a must, rather than a luxury. For those interested in more of East Europe, and what Gate 1 has to offer, we suggest visiting the company via the links provided.