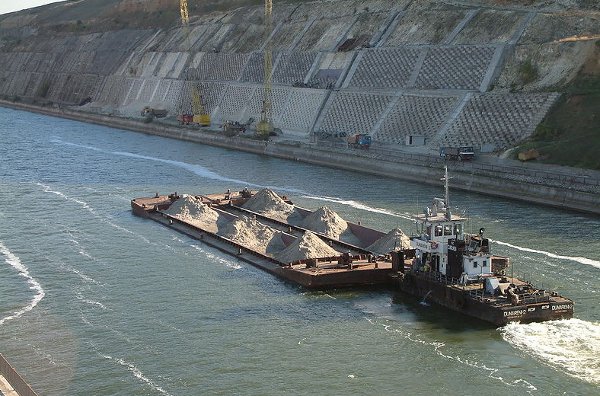 A bit of interesting and very positive news form Romania today tells of the Danube-Black Sea canal finally being put to the use for which it was designed some decades ago. A collaboration between the National Office of Navigation Canals, the Council of Constanta judet (jurisdiction), Constanta’s City Hall and the Association for the Promotion and Development of Tourism on the Danube Delta Coast, have collectively organized touristic cruises to take advantage of this fascinating waterway. 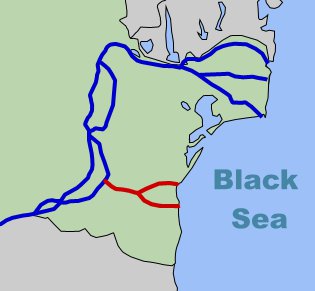 Almost thirty years after its completion, the so called Danube-Black Sea canal is just now realizing its capacity to foster tourism. According to the reports, the project once notorious for employing forced labor for its completion, is to serve as the waterway, agricultural hydrology resource, and water tourism channel it was meant to be. From its dubious past and connection with Russian leader Stalin, slave labor, and the gulags, an economical plus for the Romanian people is possible now.

This Summer tourism cruises will begin operating along the length of the canal that connects the Cernavodăon the Danube, to Constanţa, at the Black Sea. What this means for those who desire a day cruise is, the middle part of the Romanian Danube is easily accessible, and for inland tourists, the Black Sea is more quickly available via tour boat.

Originally built to circumvent the Danube Delta, which is a unique waterway in the world actually, the canal basically cuts straight through to the coastline as you can see by the diagram at left. The 64.4 Km long, 90 m wide canal actually splits in two to empty into the port of Constanta as well as directly into the Black Sea.

A luxury tour vessel, the 30 meter Kaptan M, is scheduled to take passengers along the route of the canal in style soon. If for no other reason than to take in the enormity of this fascinating bit of Romanian history, the trip down the canal should be well worth the fare. The third largest such construction ever undertaken my human kind behind the Suez and Panama canals, the Danube-Black Sea is actually excavation wise, a far more monumental engineering feat. We suggest the reader investigate this bit of Romanian history and travel knowledge via Wikipedia or here at the Romanian Ministry of Navigation. The video below is in Romanian with English subtitles.