Canada Day Destinations for Everyone

Canada celebrates its 144th birthday this Friday, July 1st, and naturally the citizens are preparing for a weekend of fireworks, and live entertainment. The top destination this year is Ottawa, which awaits the arrival of two royal guests: Prince William and Kate. More than half a million people are expected to come out to see the royal couple, who will be heading for Montreal on Saturday – another popular destination this weekend.

The royal visit is expected to be the largest Canada has ever seen.

But aside a royal destination this Canada Day, there are other destinations to consider if you cannot make it to see the Duke and Duchess of Cambridge. 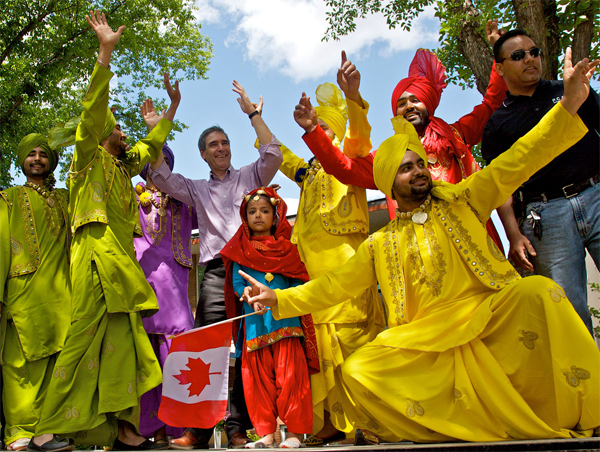 Edmonton is such a destination, and there are enough events there to make a memorable experience for everyone. Image courtesy, Michael Ignatieff on Flickr.

The Edmonton Journal lists everything you need to know, from activities at the Muttart Conservatory, to fun at the Edmonton Valley Zoo, concerts at Mill Woods Park, and fireworks at Kinsmen Park, Sherwood Park, Fort Saskatchewan and many other locations. Canada Day activities include everything from pancake breakfasts, to silly parades, crafts, face-painting, stilt-walkers, contests and other entertainment programmes for the whole family.

The Toronto Sun suggests a Canada Day trip as an alternative to other traditional Canada Day activities such as BBQs and fireworks. The newspaper lists historic places that are meaningful destinations for Canada’s national holiday: Old Town Lunenburg, Nova Scotia; Rideau Hall, Ontario; Wanuskewin, Saskatchewan; and the Gulf of Georgia Cannery, British Columbia. Where will you celebrate?