British Pie Week Is On

I don’t know people who would say no to a good pie. Sweet or sour, with fruits, meat or other fillings, pies are appreciated all around the world. British people also like it, and they have dedicated a week. Yes, British Pie Week started yesterday, March 4, and lasts until March 10. 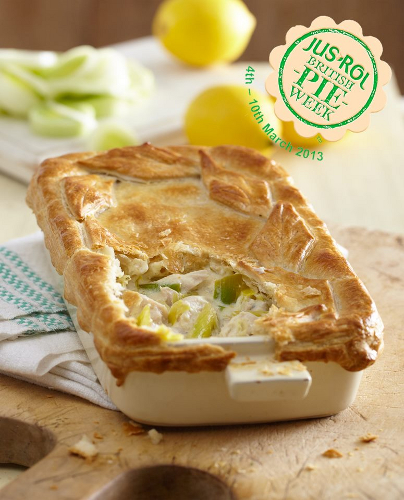 It looks like the oldest pie recipe comes from ancient Rome, 2,000 years ago. In Britain pies appeared in the 12th century and they contained meat. In fact, fruit pies appeared after a long while, only in 16th century. Oh, if you are interested in more fun facts on pies, check this article.

The people at Jus-Rol pastry manage British Pie Week. They will share recipes, fun facts and tips on their Facebook page and they also look forward to feedback from their fans. On the Jus-Rol website you’ll see some pies included in their favourite recipes – check this tipsy venison and sweet potato pie out.

If you are in the UK during this week, you should definitely check the special offers, as many restaurants introduced pies in their menus this week. JW Steakhouse celebrates British Pie Week and has 5 pies for 4-8 March; at Providence Inn you can enjoy Providence Duo.

Famous Jamie Oliver also recommended today a pie recipe today on his Facebook page, where he also added that “Pies are both down-to-earth and luxurious, as well as super delicious” and that “Gary Barlow’s favourite food is the humble British pie.”

All in all, it looks like it is a really tasty week in UK as British celebrate one of the famous and loved dishes: pie. If you are in the UK this week, you should definitely enjoy the pies that restaurants included in their menus to lure tourists. And if you are not in the UK this week, well, then you should probably start planning for a trip here next year during British Pie Week.

Ideas to Make the Most of Your Visit to Phuket
Trends Say Americans Guarded Over Travel 2022
27 Inspirational Travel Quotes to Fire Up Your 2022 Travel Bug
Omicron Surge Stops the New Year’s Eve Music in Greece
Previous: Study Shows American’s Lose on Vacation Deals
Next: GoEuro Gets $4 Million Dollar “Go” from Investors