In the presence of Prime Minister Sali Berisha, Tirana opened this Monday, October 4, 2010, a showroom that required about 10 million EURO investment – built on the concept of the most modern principles of the market, and thus worthy of every European metropolis. The event places in Tirana a venue that will attract the main car makers from Europe, the USA, Japan and Asia to showcase their latest releases. 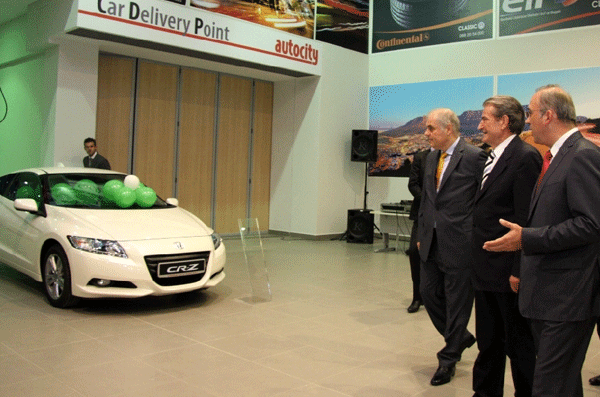 The Auto City is just one of the modern venues added to the capital. A City Park, built after an American model, will follow in December, and months later other buildings that will complete the area.

Speaking at the event, premier Berisha guaranteed the City Park investors and all Albanian investors the government’s determination to further improve the business climate in the country:

“I would like to guarantee the City Park investors and all Albanian investors of the government determination that by sweeping reforms to improve further the achievements in the business climate. This policy is already confirmed as right. Thanks to this policy and these principles Albania managed to escape falling into recession and even have investments and inaugurations.”