The Best of Norway: Real Places, People, and Things

A last look at Ålesund from above - Courtesy Florian Seiffert

Are recent trip to Milan proved more fruitful than we could have imagined when to our surprise Italy was made much cooler by a Nordic blast. I am not referring to the arctic winds from crisp Scandinavia either, but of great people from a place not many will have heard of. What you are about to read will hopefully be as pleasant a surprise for you as Norwegians Frode and Yvonne were for us. 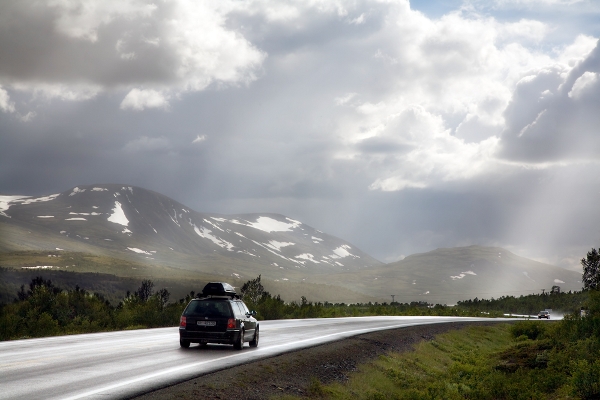 No doubt your travels have, at some time or another, led you onto the glistening shores of new friendship – even better, into the rich culture and immutable wonder not only of great human beings, but the things they treasure too. This was the case when we ventured to Milan on a business/pleasure trip. Milan, of course, being a treasure in its own right, was made far more interesting by our chance meeting with Frode and Yvonne at our hotel there.

Without sounding too syrupy sweet, these down to Earth, yet energetic, striking, and dynamic people – well, we found them to be kindred spirits, let’s just say. And for the sake of Argophilia Travel’s readers – some travel jewels from their homeland in and around Ålesund, Norway (as below) were revealed too. Imagine Frode or Yvonne setting off for work along a road like the one below. Or maybe taking a short trip North to legendary Trondheim (above).

One night over a decent bottle of wine, the four of us (Mihaela, Yvonne, Frode, and myself) swapped stories, Frode spoke a bit of the unsung wonders of Norway. You know, beyond the Oslo or Bergen popularity index – out into the real Norway. First he talked about their the West coast of Norway, their town, and nearby Kristiansund, and then of a fairly famous Norwegian dish called Bacalhau. Maybe I should deal with both subjects in that order? 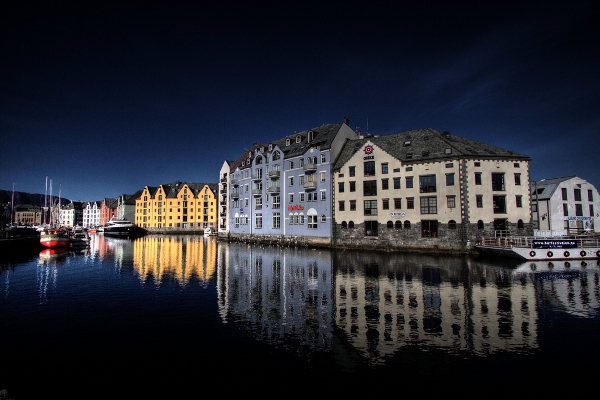 As a kid I was led to study a bit about Norway, the Western coastal city of Bergen, to be specific. Even possessed of some knowledge of the place though, I was unprepared for just how magnificent Norway actually is – out in the country you know. The image below from Flickr on the way to Kristiansund is perfect for gathering in just how saturated with color the countryside there is. 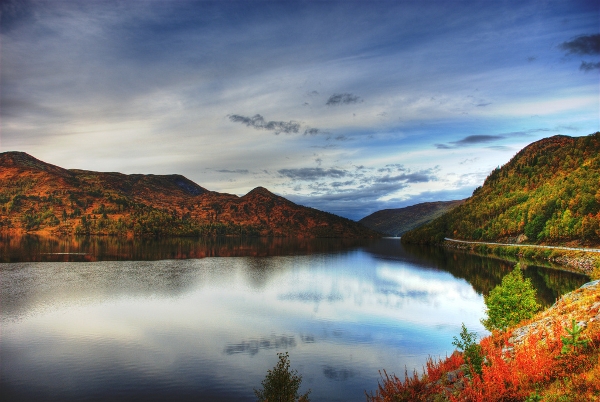 On the road to Kristiansund - Courtesy T1ger

Kristiansund was established on 1 January 1838, but like most such places its roots go much deeper than this – Viking lore to the last Ice Age, the land around this town echoes Norway’s past vividly. However, I’ll wager not many reading this will have ever heard of the Battle of Rastarkalv even. More than a thousand years ago, you know, when the the forces of King Haakon the Good and those of the sons of Eirik Bloodaxe clashed? No matter, I know you can see the mental images. 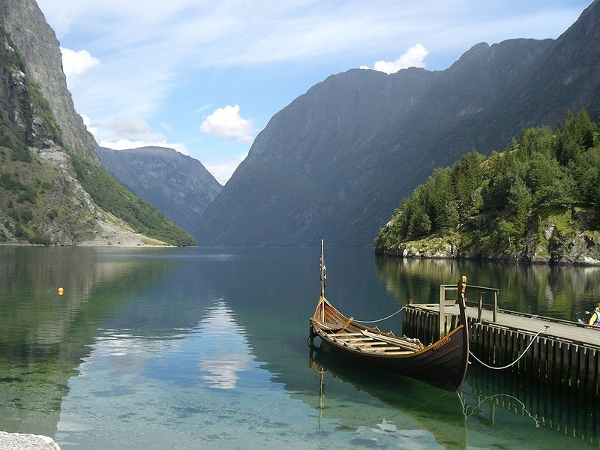 Now that a bit of Norse breeze has lifted your sails, Kristiansund, formerly named “Christiansund”, is named after the Danish-Norwegian king Christian VI in 1742. As the seafarer may detect, the last part of the name means literally “sound” or straight, as it were. But without delving too far into the place’s history (which is long and circuitous), just knowing how beautiful and unspoiled the place is should be enough.

A town of 20 something thousand, Kristiansund is nothing if not lovely. Situated amid at least 4 Islands, the town was (and is) heavily influenced by Trondheim to the North, and fishing (naturally). And this is where Bacalhau comes in, Frode explained the history of the fish delicacy. But first, the reader needs another image to solidify in the mind just how scenic this area of Norway actually is. 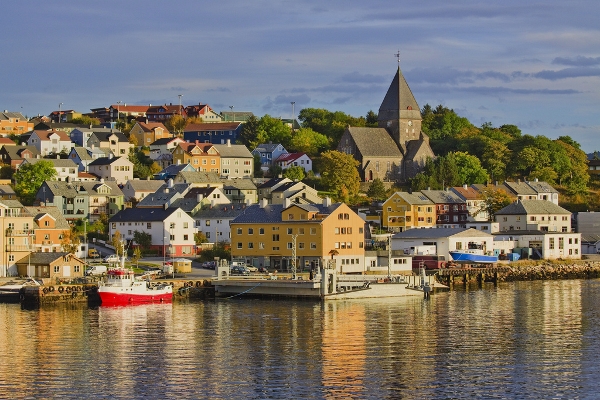 According to Portuguese legend, there was once a magical Island known as Bacalhau (Bacalao), discovered by explorer João Vaz Corte-Real back in 1472. Basically lore has it Real actually discovered America some time before Columbus – and the actual America, not an Island in the Caribbean.

This is another story, but the dish introduced to us by Frode is similarly legendary – and associated oddly with Norway, Portugal, Spain, even South America. Dried and salted Cod (you know Cape Cod) prepared in this manner is so prolific in Portugal – well, you have to be Portuguese. 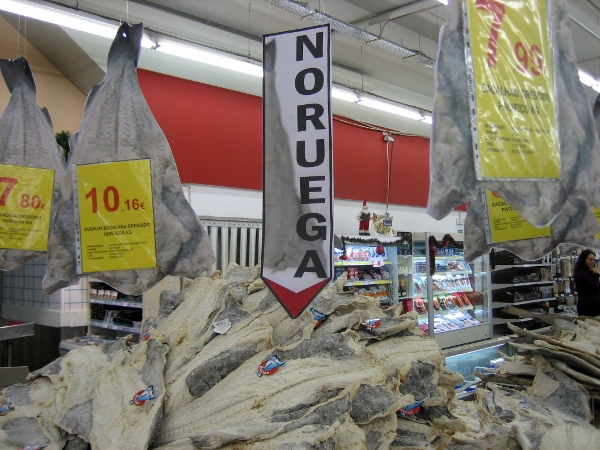 Bacalhau at a huge supermarket in Cascais - Courtesy Bosc d'Anjou

It is said that there are more than 1,000 recipes for Bacalhau in Portugal alone – not to mention variations around the world, in the town of Kristiansund and all over Western Norway however, bacalhau refers to one special dish from whence most of the world’s supply originates. You may or may not know, before the advent of refrigeration, salting was the only way of curing fish to preserve it.

So, 500 years ago when cod was transported to Portugal and the rest of the world from Norway – as you can surmise, the tasty fish dish made its way around. Newfoundland was the original mother lode of cod supplies for the Portuguese (ergo legends of discoveries), but by the 18th Century the town of Kristiansund became headquarters for all things involving the tasty fish, including especially Bacalhau. 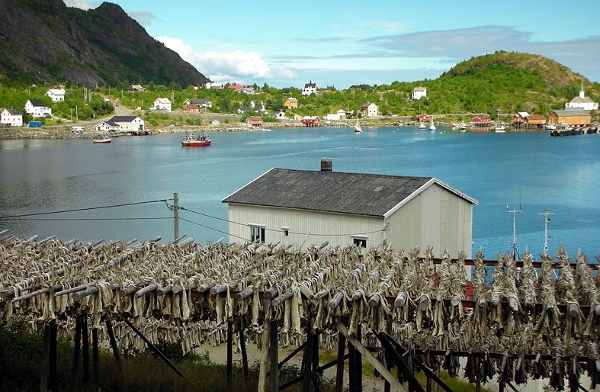 The ways in which this wonderful dish can be prepared may in fact outnumber the stars – 1010 does not seem to cover the spectrum. The Portuguese being most proliphic, have dishes called; Bacalhau com todos, Bacalhau à Gomes de Sá, Bacalhau à Brás, Bacalhau da Consoada,
and Bacalhau à Zé do Pipo, just to brush the surface. Bacalhau com todos is considered the most traditional method, so we include that description below. 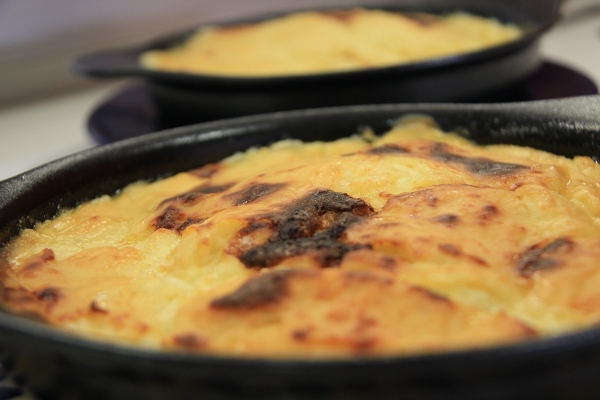 Bacalhau com todos is made by boiling the fish, potatoes, carrots and cabbage. Then hard boiled egg, and seasoning with olive oil and garlic – perhaps even white wine or vinegar. The salt is absorbed by the other ingredients, as well as the fish essence, producing a highly seasoned dish which is simple to prepare. In Portugal this is traditional fare for Christmas Eve.

At the other end of the spectrum, Bacalhau à Zé do Pipo (image below yum yum) is a baked dish of extraordinary character made with bacalhau, pickles, onions, and mayonnaise a la casserole. And as I said, there are thousands of other variants.

Vikings and Their Conquering Smiles

I told you Kristiansund, Norway was full of surprises. But you know, the greatest surprise is not resident in the breathtaking scenery of the place. Nor is this place’s native gift of superb and famous culinary delight its most fantastic wonder. Nope. Like all such places around the globe, Kristiansund’s  and the surrounding region’s most valuable item are its people.

To look at Frode and Yvonne, most anyone could identify them as Scandinavian – and those infectious smiles? Recognizing “genuine” is fairly easy too. Ah, but I am getting to sweet for a travel news report, aren’t I? Let’s just say Argophilia Travel News suggests the West coast of Norway for a Summer getaway to remember. As for Kristiansund and this marvelous couple? We’re bound to meet as soon as the fates permit. 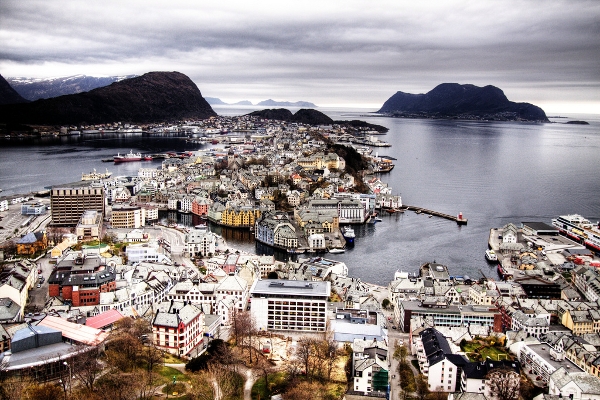 A last look at Ålesund from above - Courtesy Florian Seiffert

For more information about this or other parts of Norway, the reader should consult Visit Norway, Norway dot org,  even get updates on Norway from Twitter here.

A Farewell To Another of the Small Gods of Crete, Nikos Zacharioudakis
A Word or Two About Ryanair CEO Michael O’Leary and Other Bean Counters
Expert Viewpoints: Hospitality 2021 and Beyond
Actress, Singer, Songwriter Rita Ora Vacations On Corfu
Previous: Unseen Russia (Part 2)
Next: Cyprus and Croatia Lead In EU Bathing Water Quality