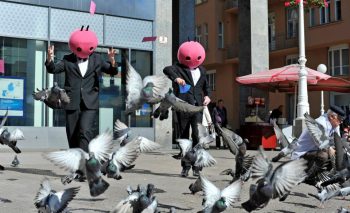 If you happen to be in Zagreb this week, don’t miss the Zagreb Film Festival, which kicks off Sunday, October 20, 2013, at several locations, including Cinema Europa, Cinema Tuškanac, and MSU Cinemas. At its 11th edition, the festival features films of authors from all over the world, competing for the great prize, the Golden […]