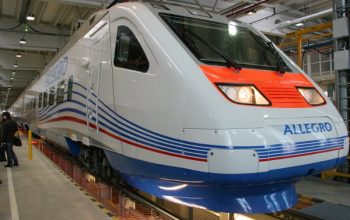 The door for visa-free travel between Russia and Finland was opened on Sunday as Prime Minister Vladimir Putin and Finnish President Tarja Halonen officially opened a high speed rail service between St. Petersburg and Helsinki. The two leaders seemed positive about at least limited free-visa travel between the two countries. A positive outcome for rail between the two could well speed EU and Russian Federation talks to open up travel to Russia.