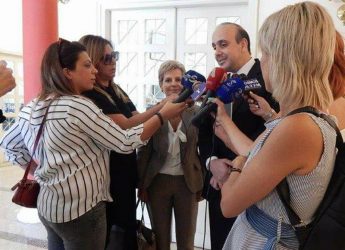 Yesterday the French Ambassador to Cyprus met with the mayor of Paphos to discussed the town’s efforts to transform itself into a so-called ‘smart’ city. Ambassador Rene Troccaz met with Mayor Phedon Phedonos for the second time on the subject of making bringing the city up to speed in digital.