Pinterest is something of a phenomenon when it comes to users being social and loving all things imagery. As a window inside travel too, the boards on Pinterest can reveal a lot about the wonder and beauty of our travel landscape. Argo Travel News decided to start showing off the best boards for those breathtaking places in Eastern Europe.

Starting with the first six countries in East Europe, take a look at the fascinating boards some Pinterest users have made containing fabulous pics from Albania, Armenia, Azerbaijan, Belarus, Bosnia and Herzegovina, and beautiful Bulgara below.

Albania Home Sweet Home by Jona D has to be at the top of anyone’s Pinterest list of Albania beauty demonstration. The image above, pinned from Jona’s boards, is but one of scores of fabulous photographs of this wondrous land on the Adriatic. Second to Jona’s pins, Albania Traditional Costumes shows off what no other Pinterest profile does, some of the great traditional constume Albania is noted for. P8ronella is quite adept at snatching pics of fashion and costumes from around the world.

Armenia, for Eric and Nickoli is a super collection of pins from this little known tourism destination. Armenia, when all is said and done, is extraordinary. You can see why some would consider this place a hidden gem of a tourist spot. Bet you never consider such beauty tucked away in Armenia? Michele Davidian has to love majestic people and places, her pins speak of lost civilizations and secret places.

Armenia’s neighbor, Azerbaijan, is a place right out of a storybook. The fairytale nature of the place is exhibited on Pinterest very nicely by Baku native Rana Wallwork. Her pin of hometown Baku below shows the country’s affinity for lights well. I am from Baku, Azerbaijan! also shows off some of the country’s history and some video footage too.

Maria Morozova’s Belarus shows why this former Soviet Republic is probably the most underrated places in Eastern Europe for beauty. Just look at Minsk from Skyscrapercity below to see why. The board does not contain so many images, but what is there reveals a place of fantastic extremes. Winter, Fall, Spring, and Summer in this part of the world are so drastically different, the place can make you think you are in another world altogether.

Minsk from Maria Morozova and Skyscrapercity

Anela ✗✗ Odžakovic shows of Bosnia and Herzegovina better than anyone else on Pinterest with her board of the same name. Vintage postcard look to crystal clear landscapes, this wonderland in Southeast Europe is as enchanting on Pinterest (almost) as in real life. 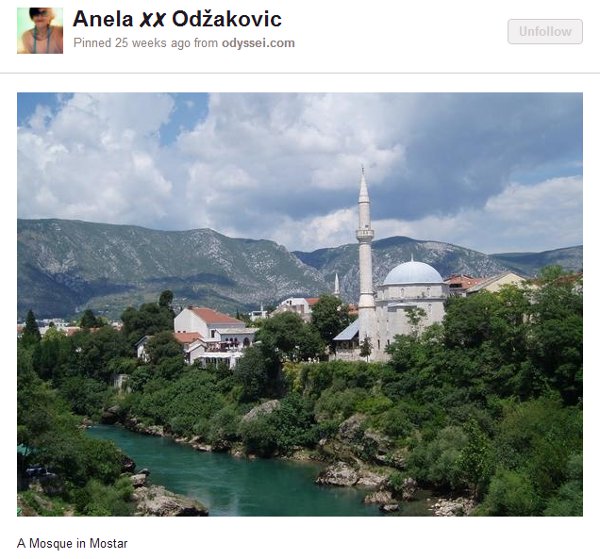 Stella Ess has captured some of the most fantastic images in her Bulgaria we have seen. A collage of color and wonder is the only way to describe what this Pinterest enthusiast has collected. Sure, it takes only a click to “pin” something for Pinterest, but the tastes of the person clicking matters too. Hats off to Stella for having a great eye and mouse finger. 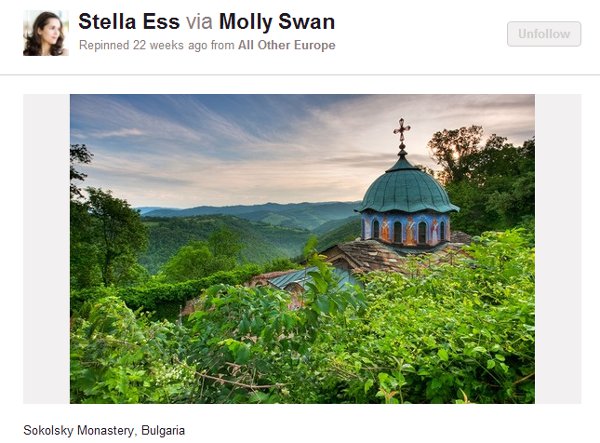 The WWF Warns Us the Mediterranean Is Becoming Tropical Sea
Europe’s Second Lockdown Already Crushing Stays
Will the Coronavirus Pandemic End the EU Experiment?
Four Balkans Countries Will Bid for 2030 World Cup
Previous: A Taste of Malta: Delicata Classic Wine Fest
Next: TUI & ITS To Stay in Romania