The 1st Annual Archanes Table Tennis School Tournament took place over two days this week. The event, organized by the Archanes Athletic Club Giouchtas 2010, featured young competitors vying for the champion status at the inaugural event, as well as European champions of table tennis. By our account, the tournament succeeded in its stated purpose of disseminating the good sportsmanship and excellence for the promotion of Olympic Table Tennis, the tournament was sponsored by the Region of Crete and leading local businesses to afford local children an unforgettable experience.

Ping pong athletes and enthusiasts from the village of Archanes and the surrounding region crowded the high school gymnasium for competition and for exhibitions by Pan-European champions Panagiotis Gionis and Yiannis Sgouropoulos. In all, 55 elementary and high school students from all over Crete participated, and Crete’s Governor, Stavros Arnaoutakis was on hand for both days of competition. Also on hand was Dr. Ioannis Aslanides, whose Ophthalmology & Refractive Center Emmetropia SA co-organized and sponsored the event alongside World Sports stores, and the Region of Crete. 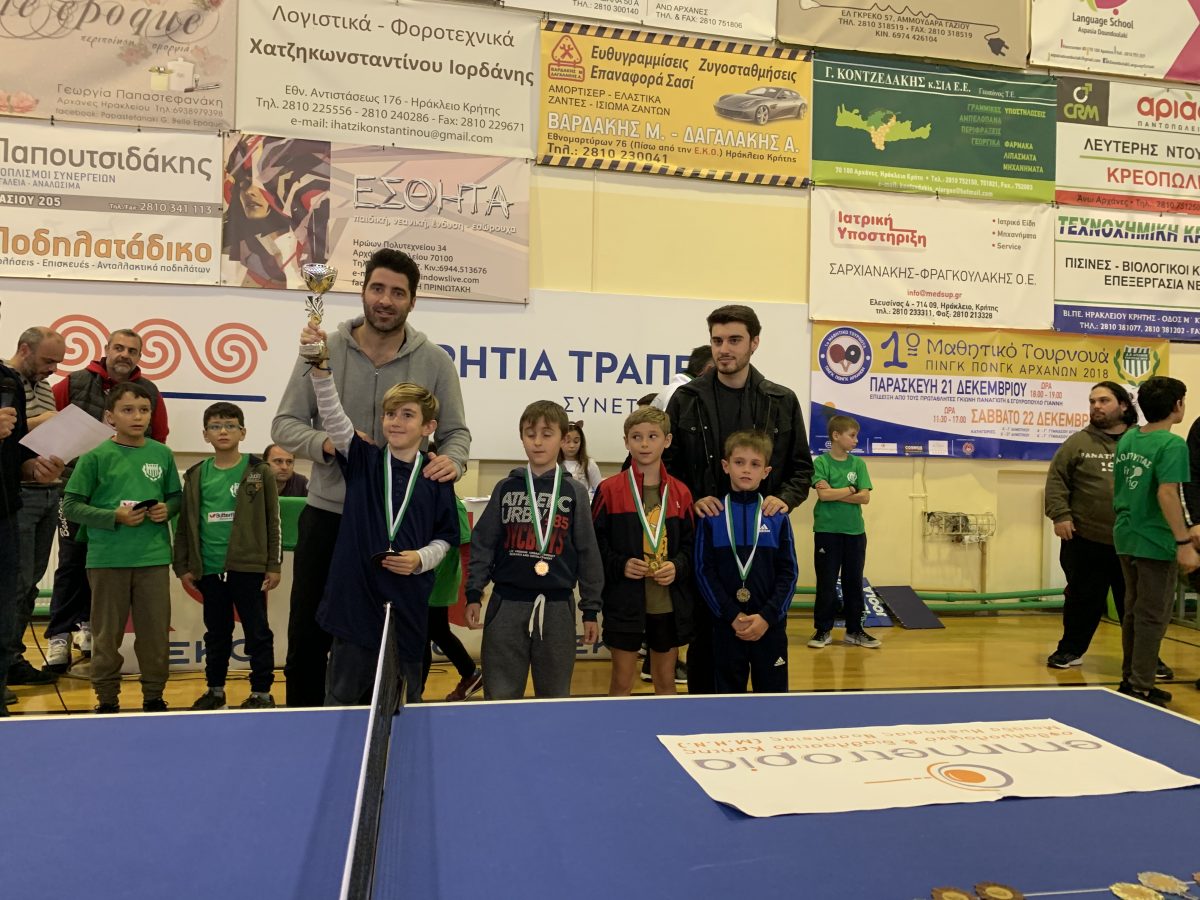 Athletes from Athletic Club Giouchtas ended up winning a total of 1 silver and 4 bronze medals in the inaugural event. The final winners are broken down as follows.

Coach Paul (Pavlos) Poutourides and a team of coaches and trainers were joined by the Volunteer Team “FILIUS ZEUS” for organizing and officiating the first ever ping pong event.

To cap off the event, a food drive was also held during the tournament with items and proceeds going to help the Archanes food bank.