We just received a press release from the Turkish Tourism Office, Istanbul is officially calling all people who love Turkey to vote for the city in winning the title of European Best Destination for 2013. According to the release, the only city in the world to span two continents, Istanbul is the legendary crossroads between Eastern and Western cultures. 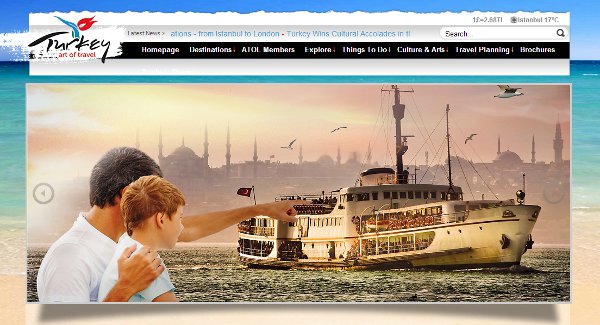 For more info please contact: Rebecca Erol or Ulku Dirioglu at Redmint Communications at +44 (0)20 3397 3936 or via email at: turkeytourism@redmintcomms.co.uk. You can also follow the Turkey Tourism Office on Twitter.

Can Airbnb Continue to Expand as Before?
Hopper Taps Into Hostaway Client Base in Lastest Strategy Move
AI-Powered Pathfndr Announces a Slew of New Features
“Wheel the World” Hurdles Travel Barriers for Travelers Using Tech
Previous: Localeur – The Latest Shot At Nearby Travel Recommendations
Next: Best Travel Reflections: March 2013