Wanderu Wants U 2 Take the BusBud

We’ve  discussed the need for transportation companies to better engage via the web and mobile many times. So, news that BusBud has launched did not come as a great surprise. Wanderu, announcing their private beta, serves a need in this under-served market, and it’s interesting, if a bit far off practicality-wise. 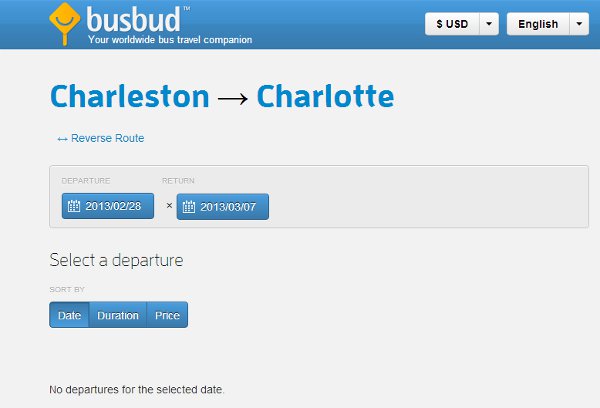 Partnering with big time ground transport like BoltBus, Greyhound, and MegaBus, BusBud enables users to grab schedules, pricing info, and routes, and even gives them the ability to plot out their trips via the app. The obvious monetization for both BusBud and Wanderu is a commission on each fare. While the theoretical business model these startups intend, is a bit like a Bus Kayak,  one has to wonder if such commission-based models have not already seen their day. 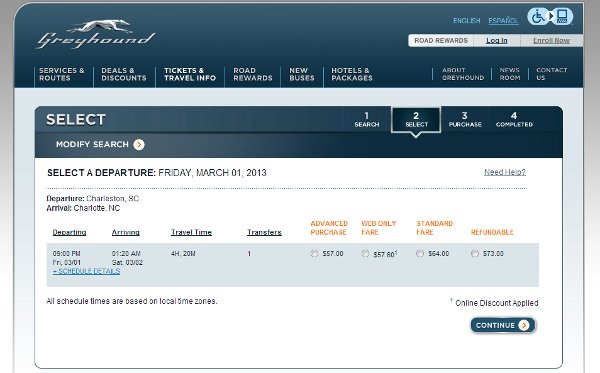 The simple user mechanism for these services makes some sense, but unfortunately for me the buses between Charleston and Charlotte are not running any more on BusBud. In the end, more function is going to be needed. The screen above shows the search result I currently get when using BusBud. One can, however, filter between route, duration, and price in between Belo Horonte and Rio de Janeiro? Perhaps the Wanderu app works better BusBud’s from iTunes? The second screen above shows what can already be accomplished with Greyhound and a browser. 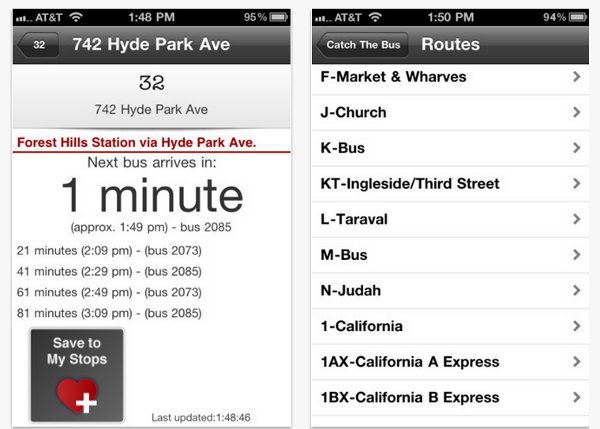 While niche and ancillary services will soon become the cat’s meow of focus for many business models, without some added incentive in this space, any user can just do what I have done via their smart device browser, and book. So, speaking of added value, a new app called Catch the Bus uses geo-location to make sure users are at or near a stop. The image above shows some more utility that could easily be built in by greyhound (if they would build an app), or anyone.

While secondary transport is a massive niche, buses in general show two big disadvantages for monetizing via simple fares. First, companies are already squeezed on price, I doubt seriously either passenger or companies would benefit much from a third party taking revenue away. Secondly, while bus travel is a possibility for a sort of Kayak or OTA move, the whole world does not take the bus cross country. Monetizing off regional or set fares seems unlikely, and most cross country trips would be scheduled far in advance and not so often via smart devices. That is except for in India or China where the population is wired. Neither Wanderu nor BusBud, or any other commission based model I can think of, would seem logical or practical. 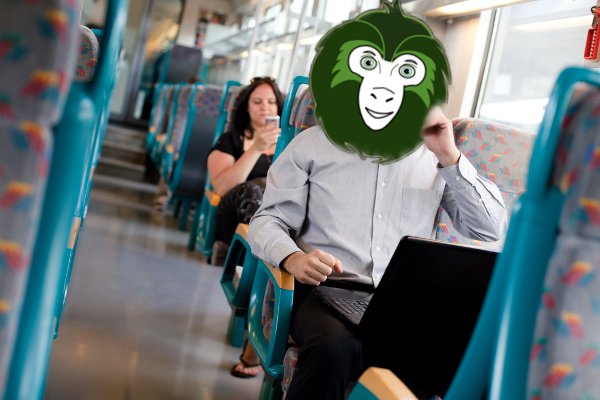 Wanderu may want you to take a bus, and BusBud too, but there are way too many economies to think about here. That is, unless they have something else up their sleeve. I applied for the private beta, we’ll see.

Lend Me Your iPhone to Test the “Backdrop App” Game Changer
Game-changing AI-powered Travel Innovations
VR Travel Experiences that Shape the Future
A Grain of Salt and H2O Hospitality Gets You 2.5 Star Bliss
Previous: Bulgaria’s Logo to be Remodelled
Next: Russia Gets Europe’s Largest Indoor Theme Parks