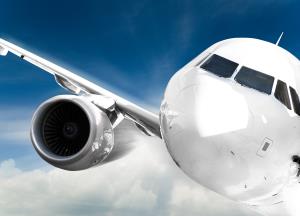 Flying is officially safer now than it’s ever been before, according to new figures by the flight advisory service Ascend.

Compared to 2011, the number of fatal crashes and accidents fell dramatically over the last twelve months. Ascend said that the key indicator of flight safety – what it calls the ‘fatal accident rate’ – fell to just one death for every 2.5 million flights during 2012, making last year the safest in the history of air travel to date, and almost twice as safe as the previous year.

Only 15 fatal air crashes occurred throughout 2012, compared to 25 such incidents the year before. Meanwhile, the total number of deaths resulting from air accidents fell to 362 over the last year, compared to 403 deaths in 2011.

What’s more, almost 75% of this year’s deaths came about as a result of just two major incidents. 153 lives were lost in Nigeria when a DANA Air jet crash landed after suffering duel engine failure last June, while the Bhoja Air crash in Pakistan last April accounted for another 127 deaths.

Apparently, the increased level of safety on flights is not only good news for concerned passengers, but it’s also been welcomed by the insurance industry, which saw claims drop to just $980 million last year, the lowest level since 1991.