Hotel chain Swissôtel Hotels & Resorts sees a big future for itself in China, with the announcement of yet another a new premises in the Asian country, this time in the city of Changsha, Hunan province.

The new luxury property will be called Swissôtel Changsha, and is planned as part of a larger, mixed-use development featuring a new office tower, due to open in 2014. Changsha is seen as an important location for Swissôtel, due to its status as one of south-central China’s biggest transportation hubs. 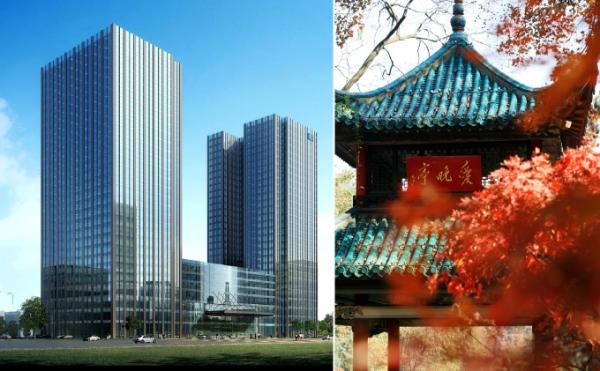 Swissôtel Changsha is planned to be a luxurious, five-star hotel, offering 400 expansive rooms and executive suites, together with a selection of five bars and restaurants, various recreational facilities including its trademark Purovel Spa, and more than 2,000 m² of business meeting room space.

The hotel will benefit from a prime location within Changsha’s Yuelu District, an affluent residential area noted for its pleasant natural environment, just 15km from downtown Changsha and 30km away from its international airport. Swissôtel Changsha will enjoy a spectacular setting on the banks of the Xiang River, and will offer easy walking access to Changsha City Government, Yuelu District Government and a planned metro station, which is also due to be completed by 2014.

Meinhard Huck, President of Swissôtel Hotels & Resorts, explains why Changsha is such an important location for the company:

“Changsha is one of the most important economic centres in the country, and as the ‘entertainment capital of China’ it is a year-round attraction for visitors. Swissôtel Changsha is another important step in our expansion in China, where we already manage several five-star hotels, and it is significant for the growth of our brand recognition in Asia.”

To learn more about this new development, you can download a factsheet from Swissôtel here.

Campspot Publishes the Top Outdoor Travel Trends for 2023
Ideas to Make the Most of Your Visit to Phuket
Trends Say Americans Guarded Over Travel 2022
27 Inspirational Travel Quotes to Fire Up Your 2022 Travel Bug
Previous: Aviation Capital Services Gets USD3 Billion Worth of Boeing 737 MAX Airplanes
Next: Flip.to Hopes to Create “Buzz” Machine for Hotels