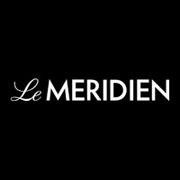 Starwood Hotels brand Le Méridien has announced plans for investing some $200 million in 13 hotels across the MEA over the next three years. The French brand has served the Middle East and Africa region for over three decades, and this announcements ensures the firming up of the hoteliers’ international footprint.

“Since acquiring Le Méridien in 2005, Starwood and its hotel ownership groups have made a tremendous effort to enhance and create a consistent portfolio around the world. Le Méridien now boasts the best performance measures in brand history, and our focused efforts on the Middle East and Africa hotels will only help ensure Le Méridien maintains its best portfolio ever.”

With ten new openings coming in 2013, Le Méridien shows unprecedented growth internationally of late. The hotels currently under renovation or near completion include properties in; the UAE, Saudi Arabia, Egypt, Mauritius, Gabon, and Dubai.

For readers who want more information please contact the hoteliers directly via:

Campspot Publishes the Top Outdoor Travel Trends for 2023
Ideas to Make the Most of Your Visit to Phuket
Trends Say Americans Guarded Over Travel 2022
27 Inspirational Travel Quotes to Fire Up Your 2022 Travel Bug
Previous: Eurovision 2013: Cyprus Must Win!
Next: Accor Hotels Creates Their Own Travel Service